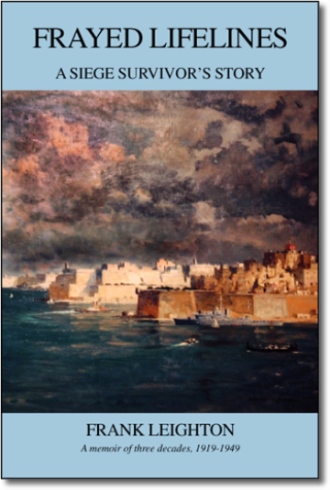 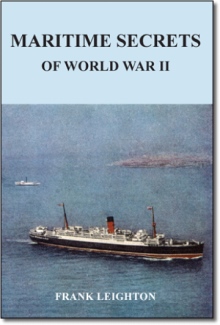 This is the story of a sensitive youth who grows up during the Great Depression in rural Britain. The reader shares the writer's traumatic experience of losing a mother at an early age, and is later exposed to the youthful influences which mould the transition from youth to manhood.

Under the growing threat of war, the writer is exposed to life in Russia, Germany and Spain, each under its own military dictator. These experiences cause him to change his earlier WWI induced pacifist views. With the outbreak of WWII, the story follows the writer into the Royal Air Force, which he joins with the intention of entering the little-known Air-Sea Rescue branch, but the route to that chosen objective involves a number of pitfalls, not least of which is the nation's state of almost total unreadiness for war in 1939 and 1940.

Soon after qualifying for the Air Sea Rescue branch, the writer finds himself at sea, deep in the hold of a munition ship, headed for the beleaguered Mediterranean island of Malta, which is reached only after a nerve-wracking convoy battle in the narrow seas between Sicily and North Africa.

For the next two years, life on the encircled island is dominated by shrinking supplies of food and water and by incessant bombing from the Luftwaffe's free-roaming dive-bombers. Frayed Lifelines is a unique look at day to day life under siege, where hunger and ill-health exact their own toll while comrades die from the enemies' bombs and bullets.

As the island's installations are steadily reduced to rubble, the writer shares with the reader such varied tasks as unloading vital supplies from submarines by night and manning coast defence positions in readiness for an invasion which is miraculously called-off at the last moment.

The book takes the reader through the broad sweep of the war in the Mediterranean as Malta's defenders slowly turn the tide of aerial warfare and as the battered remnants of relief convoys, many barely afloat, enter Malta's harbour. Finally, two and a half years after it began, the siege is raised and the island is transformed from defensive bastion to springboard for attack.

After the successful Allied invasion of Sicily and southern Italy, the writer finds himself stranded in a Sicilian backwater, while Italy tries to ease itself out of the war. The author recounts some of the confusions and pleasant surprises of the Italian transition from enemy to ally.

The writer unexpectedly arrives back in Britain just 24 hours before the launch of the Normandy invasion and is forced to come to terms with the enormous changes which have occured in Britain since his departure in 1941.

Later the writer is promoted and sent off to France as a Liaison Officer, just as the war is ending. Congenial post-war life in Bordeaux, and the writer's first serious love affair, make demobilization and a return to civilian life an unwelcome prospect.

A return to University after seven years without books present its own special difficulties. These are compounded by a summer working in Switzerland as a young student engineer, which sees the end of his Bordeaux love affair. A disasterous second love affair during the final year of his engineering training in London convinces the author that it is time to abandon Europe for a new life in North America, and the story ends on an upbeat note as the writer turns his face to a new world.

Frank Leighton grew up in the city of Norwich, in Britain's East Anglia, as a shy youth with a fascination for history and a desire to right the wrongs of a world in disarray from the devastation of WWI. The failure of the nascent League of Nations troubled him greatly and his youthful excursions into a Europe dominated by military dictators convinced him that a new war was inevitable.

WWII broke out just as Frank had completed the first year of studies in civil engineering. He enlisted immediately in the Royal Air Force with the objective of serving in the RAF's Air-Sea-Rescue service.

In 1941 he found himself under siege on the Mediterranean island of Malta, where he served for the next two years before following the successful Allied invasion into Sicily.

Following his return to Britain in 1944, Frank was promoted to Flying Officer and sent off to the French airfield at Bordeaux to serve in a liason capacity. He remained there until his return to civilian life in 1946.

After completeing a civil engineering degree at London's Imperial College of Science, and after working briefly in Switzerland, Frank emigrated to the USA. Shortly thereafter, he ended up in West Vancouver, Canada, where he presently resides with his Canadian wife, Phyllis. From Vancouver he has followed a forty year international career as a consulting engineer on projects throughout the world. During this period, Frank also participated in numerous civic organizations and served on a number of corporate boards.

Following his first "retirement" in 1985, Frank returned to work for twelve more years as a Commissioner with the British Columbia Utilities Commission.

Although during his career Frank has authored numerous technical articles and quasi-judicial Decisions, it was only following retirement from the Commission, at 80 years of age, that he began to write the memoir, Frayed Lifelines: A Siege Survivor's Story. The book covers the first three decades of his life.