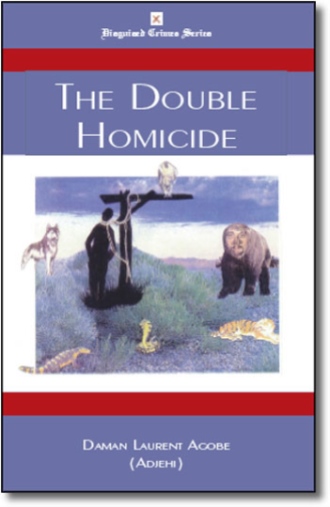 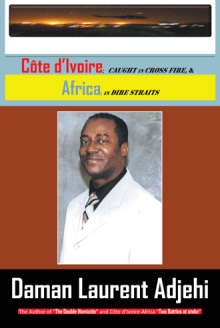 The Double Homicide offers an autobiographical work in which the author seeks to relay a journal of memories of unexplained events, and deaths related to sorcery practices in and around his home village, Bossou in the Ivory Coast.

He opens with an introduction of the disguised crimes in which the victims do not see their assailants, as opposed to the open crime where the criminal uses a weapon.

He asserts that God made some of his power available to human, to be utilized positively and creatively for the good of all. It was not meant to be used negatively and deviously by associating it with evil spirits, and transforming it into sorcery, and witchcraft, and using it to kill and destroy others' properties and blessings like it is today. He sites bibliographical references from the book of Genesis to back his idea that, evil that we are victims of, or the practice of sorcery that we are experiencing today, is not new; it all evolved when mankind fell into sin after being induced into it by the devil, taking advantage of man's naivete; then corrupting the world henseforth. "But there is hope, and I am optimistic that, in the name of Jesus, the world will get back its mormacy"

He continues and explains how a driver named Goubo was thwarted in his marriage plans with the chief's daughter by unseen forces and mistaken events. The story unfolds and shows how Kolongou, one of the chief's sons was sacrificed, and sent to go hunting with Goubo. Kolongou was prepared mystically to be transformed into a deer once in the bush, and be killed, such as; using a small fish to catch a trout.

In the Double Homicide, the author's tale reveals that death, no matter where and how it occurs, is ever perceived naturally as the end of life cycle.

His descriptions of rituals, ceremonies, and ideologies, central to West African Culture, are designed to augment the scope and tone of this chronicle.

Damon Laurent Agobe (Adjehi) was born in the Ivory Coast, in his native village of Didoko. His first languages are French, Dida (his own dialect), and many other dialects in the country.

After he graduated from college in the Ivory Coast, he traveled to the neighboring country of Ghana, Accra, to study English. After an Associate Degree at the Workers' College of Adabraca, he attended the University of Leggon where he received a Bachelor Degree in English.

The author came back to the Ivory Coast and worked as an English teacher before he was hired by Air Afrique Airline Company as a translator. After eight years, Daman decided to quit and travel to the United States to pursue further education.

He attended Delaware Technical College in 1996 where he earned an Associate Degree in Business Management, before transferring to University of Maryland for a Bachelor's degree. "My goal is to receive my Masters and Doctorate when I can afford to financially."

Daman Laurent Agobe is a talented writer. He has created his own series, "The Disguised Crimes Series," which represents a deep source of inspiration. His first book in the series is The Double Homicide.