My Four Husbands and Me 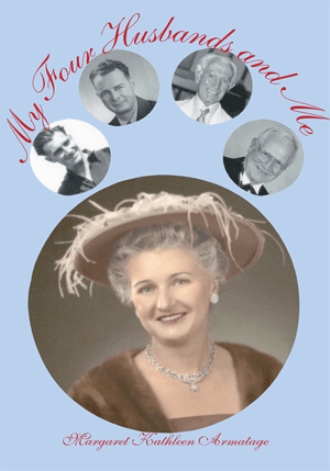 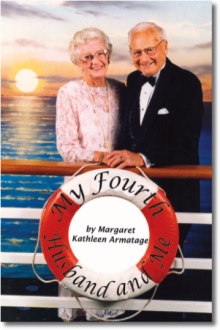 My Fourth Husband and Me
Margaret Armatage
$21.50

Margaret Armatage drives a Cadillac. Not bad for a small town girl who, at fourteen, was left orphaned and penniless with her sister Betty, in the care of their drinking and gambling brother. Within a year or two Margaret was longing for the protection of a good man in a happy marriage that her sister found. She was not so lucky.

Instead she married an abusive older man. No father figure, Jack was unpredictable and mean, with a desire for sex that had no love in it. When the couple moved to Kamloops, Margaret went to work in a dress shop and a local jewelry store. Her English parents taught her good manners; now she learned how to dress. Her classic good looks and new sense of style before long had heads turning in the small interior town. She began to think of starting her own business. Literally taking up hammer and paintbrush, she helped build a motel.

Soon she was the owner of the Mayfair Auto Court. Her natural friendliness and determination to make the motel the best in town meant many repeat customers, including the local professional hockey team. When Jack left town she was free to live life on her own terms.

There has been no shortage of men in Margaret's life. At eighty-four, she has been married four times. Two of the marriages were wonderful. Both husbands shared her love of travel and appreciated life her skill as a homemaker and gardner. The other two marriages were disastrous. This is the story of Margaret and her four husbands.

At eighty-four Margaret Armatage has been married four times. She has owned homes on both sides of the continent, owned and operated a successful motel business, travelled the world and has been a lifelong, award-winning gardner. She paints, cooks gourmet meals, does needlework, looks terrific and still drives a Cadillac. She began writing 'herstory' a year ago and is now working on volume two.