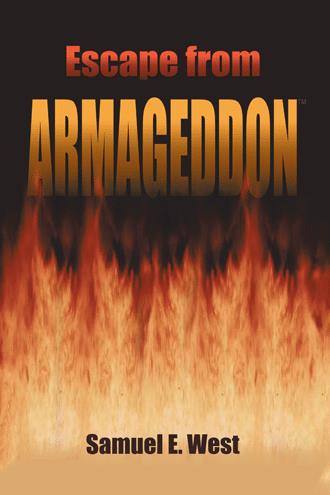 Through a study of Biblical teachings, commentaries, and ecclesiastical histories, you will learn exactly what Apocalyptic events are coming on the earth, when they are coming, why God is bringing such judgments, who will be most affected, and what escape has been provided by God.

Learn about the 7000 year dateline of mortal man. The first 2000 years was the Patriarchal Age (Adam to Abraham). Next, was the 2000 year Time of Israel. The next 2000 years was the Time of Gentiles. The last 1000 years will see Jesus return to the house of Israel, gather them from heaven and earth, and establish them as His people for the thousand year Sabbath of Creation and eternity. Heaven will be here on earth; with a New Jerusalem in North America and with Jerusalem as the cities of God and Jesus.

The Bible teaches all of the Apocalyptic events will occur by 2007. Man cannot begin to imagine the horror of these events. They will make the Great Flood seem like a brief shower. Only a third of the house of Israel is to survive. Gentiles will be, "as though they had not been." The world is to be scourged with asteroid/comet impacts, fire, hail, pestilence, famine, and a decease that will end all nations. Death will be more common than life. Only a relatively few will survive.

Here is the untold story of why God stopped speaking to man in 99 AD; and when He was to speak again. The Bible tells how a beast (kingdom) destroyed the Church of Christ, divine authority, and finally every saint of God on the earth. Learn how Constantine, in 325 AD, amalgamated pagan Rome with Christianity; and created this beast of Revelations that was to rule supreme over the souls of man for 1260 years. Discover how the Bible provides the true story of this beast, the image of the beast, the mark of the beast, and antiChrist. There was to be a brief restoration of divine authority in the last days; and then only a very small remnant would remain to offer escape.

When Jesus returns, He is to destroy those who do not know God and do not obey the gospel. This book reveals the true character, attributes, and will of God. Here is the true identity of Jesus Christ. Learn of the original gospel of Christ. The relationship between God and His people is traced from Adam to the end of mortal man. Most important, here is the only Biblical escape from Armageddon; and path to eternal life.

Samuel E. West was born in 1938. Even as a youth he was intensely interested in religion. He was baptized at eight years old. The church did not believe in ministers receiving money for their work. This later necessitated full-time work to support his family.

In 1956, he graduated from high school, was ordained an elder, and spent the summer in missionary work. He got married in 1961; and with his wife Mary had four children. They now enjoy eight grandchildren.

Samuel always had an eager desire to explore new horizons in his spiritual and temporal life. He was an active church member, author, treasurer, and designed the new church building used today.

During the summer of 1966, he appreciated the lack of personal satisfaction with his job. He quit, mortgaged what he had, and went to flight school. In only three months he graduated as a commercial pilot and flight instructor.

Feeling a need for an even better education, he accepted a job as chief flight instructor with Louisiana Tech University; where he could work and pursue graduate studies. He completed his masters degree in Business Administration. Pilot training under the GI bill ended; and the college flight school was closed.

He continued teaching university classes in business and photography. With his unique aviation and educational experience, he published numerous flight training courses for private pilot to airline transport pilot. Next, he published training courses for air charter companies ranging from single-engine to jet. They are still used across the country.

After completing his educational goals, he operated a photography studio. After a couple years, while still teaching, he closed the studio and helped his wife organize her own local video stores. Sold several years ago, they remain a leader in the area.

During all these years he continued his religious studies. These included the Bible, Ecclesiastic Histories, commentaries, journals, and other Christian and Jewish publications. His thirst for spiritual truth has never been satisfied.

Then, he retired and returned full-time to his first love: the gospel of Christ. Since that time, he has published numerous gospel related books, newsletters, documents, and maintains several religious Web sites.

His unique work experience, education, and religious studies prepared him to reveal this extremely important and untold story of the Biblical Apocrypha. His personal conviction to pass his wisdom to others drove him to offer the most complete analysis of Escape From Armageddon.