An Igloo on the Lake 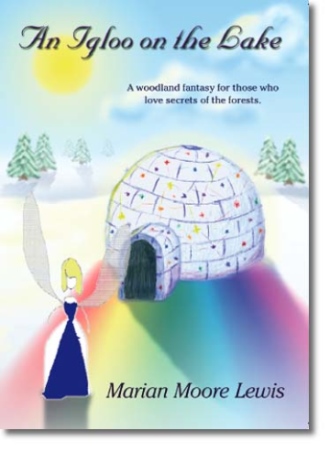 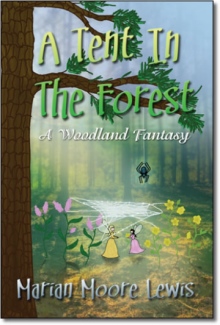 If you close your eyes and listen to the wind whisper in the trees or stand quietly when the snow is falling softly all around you, it is possible that you may become aware of small things that you have not noticed before. Perhaps your imagination will capture the image of a little golden-haired fairy, only two inches tall, who lives in a beautiful forest. Could it be that the flutter in a nearby tree that you thought at first was just a leaf shaking in the wind, could have been the little fairy? Her wings are gossamer clear - she would not be easy to see. Nature has many wonders and forests have secrets.

The little golden-haired fairy spends her days among the trees, flowers, and creatures of a beautiful forest. Once each year, the forest fairies gather in the middle of a frozen lake for a festival that lasts for days. Each fairy builds a small house of tiny packed snow bricks as a shelter. They also build a larger ice house, called a "Rainbow Igloo" that holds a special secret.

The little golden-haired fairy's friends are lightening bugs, a mouse, a bear, and eventually a shorttail weasel. Hers is the heart of hope and love that sends a message of friendship into all the world. This simply illustrated, charming little story will very likely bring brightness to your day, a smile to your face and hope into your heart.

Marian Lewis grew up in Georgia near a small town about thirty miles south of Atlanta. When she was very young, her playmates were her dog, Duke, and a little red pony with a flaxen mane and tail named Tony. Equipped with a lively imagination, she created her own entertainment, spending her summers exploring the woods and observing tadpoles and other creatures that inhabited the small lake near her house.

The early expeditions into the forests of her childhood eventually led to a career in science. She channeled her curiosity to obtain degrees in biology and biochemistry and became a research scientist and university research professor. Her cell biology experiments, one of which was conducted in space by Astronaut/Senator, John Glenn, have flown on fourteen of NASA's Space Shuttle Missions.

Marian lives with her husband at "Wrensong" their home on the side of a little mountain in north Alabama where she writes not only technical articles but also fairy stories and stories about the surrounding forest and its myriad of birds, foxes, raccoons, opossums and other species.