The Trial of Davy Crockett 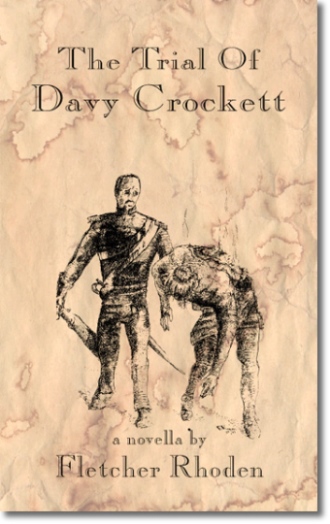 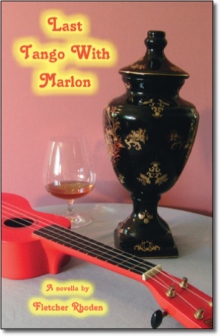 Did Davy Crockett die during the battle for the Alamo or was he captured and executed? The Trial of Davy Crockett presents a speculative dialogue between Crockett and Generalissimo Antonio López de Santa Anna, meeting in a clash of will and wit over the ideology of the Texian Revolution and American expansionism. The Trial of Davy Crockett presents a new Crockett, true to the original; a man embittered by his own failure, disenfranchised from the government he loved, a man forced to recognize his own shortcomings and those of his country. He is a man whose most supreme faith is brutally tested. Likewise, Santa Anna is presented in more depth and detail than any in fiction: This man is vain, erratic, perhaps slightly unhinged. But he is proud of his nation, determined to serve her at the expense of his own life. He is rightfully offended by many United States policies, especially as regards expansionism and slavery. He stands for what he believes is right, and in the expression of those beliefs we hear, finally, the Mexican perspective on the invasion of their country and the desecration of their way of life. The Trial of Davy Crockett is an unusual work in other ways: Nearly its entire length is occupied by a single scene. The POV is in the second person, but not told in that character's voice: it is instead a second-person limited omniscient viewpoint; rare in fiction. It is a trial which is not a trial, where the defendant is the jury and the punishment is life, not death. It forces the reader to entertain an internal conflict of emotion against intellect, dividing sympathy between two diametrically-opposed forces. It challenges the reader to reconsider his society and its place in history and his place within that society. It challenges history and convention. But it speaks of more than politics; it addresses the vanity that propels men to abuse each other for their own self-satisfaction, a condition which sadly out-lived all involved with the Alamo and will probably out-live us all. This Crockett is the truest to the actual David Crockett, showing him with all his foibles and those of his time; this was no demigod, but a man typical of his lowly times. Only in understanding the truth of his humanity can we appreciate his great leap into legend; only as men can the lives and deaths of these rebels help us understand our own motivations and actions, our own vanities and sacrifices. Is Crockett's character assaulted? No -- this is a more complex and patriotic Crockett than any other in fiction; for only when faith is tested can it be said to be pure.

The Trial Of Davy Crockett is a speculative fiction novella. Author Fletcher Rhoden questions whether Davy Crockett was truly killed during the battle for the Alamo -- or whether he was captured and executed by the Mexicans. The Trial Of Davy Crockett presents a hypothetical dialogue between Crockett and Generalissimo Antonio López de Santa Anna, which collide in an articulate, wry, thought-provoking, and no-holds-barred verbal conflict regarding the Texian Revolution and America's unrestrained expansionism. Neither Crockett or Santa Anna is stereotyped in the roles of hero or villain; their opposing points of view are given a clear and fair hearing, for all to see and judge for themselves. Based entirely on the facts of the revolution, The Trial Of Davy Crockett is a "must" for Texas history buffs and not to be missed.

Review from a reader in New York

The Trial of Davy Crockett offers more than simply a must for Texas history buffs. In this novella, based in fact, author Fletcher Rhoden examines a dynamic character in Santa Anna and in so doing allows the reader a compelling account of Mexican history at a time when that country was shrinking under American expansionism. A subject all too often ignored by many American historians. The character of Davy Crockett does not wane in the shadow of Santa Anna. It is written in a style so unique and intelligent, the reader cannot help but to keep turning the page. Santa Anna has become a sort of ogre in American eyes because of the slaughter at the Alamo and the brutality of the massacre at Goliad. The author's presentation of this dynamic historical period through the eyes of Santa Anna, definitely gives the reader a thought-provoking view of Latino History.

One of the obscure facts about the famous stand at the Alamo during the Texas war for liberation from Mexico is that Davy Crockett and a handful of others were captured alive by Santa Anna' forces when the mission-turned-fort fell. He and the others were summarily executed soon afterwards. Fletcher Rhoden has carefully crafted a novella that is based on the facts of the Texas revolution that gives fair and equal expression to both sides of the conflict and is thoughtful yet riveting reading from first page to last.

As a writer/director, Fletcher Rhoden's work (the video releases of his dramatic stage play 'Soul Cancer' and the comedy short subject 'The Christopher Walken Ecstatic Dance Academy') has been screened in film and video festivals internationally (including Cannes 2001), seen on television and cable, performed live at Madison Square Garden and profiled in a major magazine. He has written several feature scripts and novels and is currently raising funds to direct his stage play, The Trial of Davy Crockett. This is his first novella.

In addition to his writing, Rhoden is also an artist; his pen-and-ink illustrations grace The Trial of Davy Crockett but acrylic paints are his favored medium. He is also an accomplished musician, able to read and write music and is expert on guitar and bass and proficient on piano, harmonica and several other instruments. He has written the music and lyrics to nearly five hundred songs, including a rock opera. For two years, Rhoden wrote, directed, produced and starred in two radio programs on KCLA, reaching 1.5 million people twice weekly in Los Angeles and Hawaii. His literary influences are Gabriel García Márquez, Tom Wolfe, Robert Shaw, Ernest Hemingway and Sir Peter Ustinov. He was born in Los Angeles in 1966 and currently lives there with his dog Sarah.