A Tale of Two Brothers

The Story of the Wright Brothers

by Judith A. Dempsey 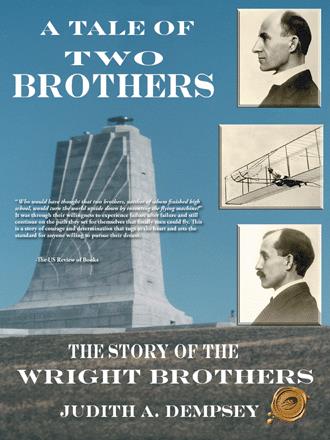 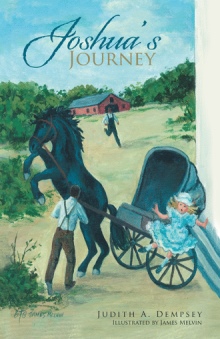 A TALE OF TWO BROTHERS: The Story Of The Wright Brothers is a book that captures the human drama of the Wright brothers' lives. The author views the relationship of these two famous men through the lens of human dynamics. This focus finds the Wright family structure unique for the historical period in which the brothers were raised. Milton Wright, their father, was an ordained minister who was firmly committed to his ministry and the defense of his church's original constitution. But even in his frequent absences to serve the western congregations, he continued to stimulate his children's imaginations through his many descriptive letters. He taught his children to read and write before they attended public school.

Susan Koerner Wright assumed the maternal duties of a nineteenth century woman, plus the total management of their growing family during her husband's frequent absences. Because of her own mechanical abilities, she nurtured her sons' intuitive skills and spatial perceptions.

Both parents seemed to appreciate and encouraged each of their children's unique abilities. When Orville becomes fascinated with printing, Milton Wright persuaded the older brothers to give Orville their unused printing press and he buys the needed type. When Wilbur was recovering from a serious accident and has to forego college, it was Susan who encouraged his self-education.

There emerged from this stimulating family environment two of the most self-motivated and individualist men the world has ever produced. During the time they were working in the printing field and the bicycle repair business, they became infected with the idea that human flight was a possibility. Most people, even many scholars, thought human flight was a pipe dream. Neither brother ever dreamed that they would finally find the solution. At first, they considered their involvement as a hobby, but they soon caught the fever.

Against overwhelming odds, the Wrights succeeded where many experts had failed and some lost their lives. To their lasting credit, the brothers dared to question the wisdom of the experts. They then had the audacity to begin to experiment on their own. Theirs was not a smooth rise to success and glory, but rather it was a treacherous road marked by frequent failure and delay.

When they finally achieved success on that tiny strip of sand jutting out into the Atlantic, the Outer Banks of North Carolina, they were denied the recognition they deserved. Both in America and across the ocean they were accused of being fakes. The first major invention of the twentieth century went unnoticed and unwanted for several years. The brothers enjoyed only the briefest taste of glory before others were claiming their prize.

THE TALE OF TWO BROTHERS is one of the most poignant stories of the twentieth century.

Judy Dempsey has worked as an educator for thirty-two years, first as a classroom teacher, then as a school counselor; she did private counseling with children, families and couples. She volunteered at a community mediation center as a mediator and trainer.

Now retired, she lives with her husband of 42 years with their five cats and Belgian shepherd in a house with a view of the Atlantic ocean on the same spit of sand, the Outer Banks of North Carolina, on which the Wright brothers first flew their heavier-than-air, powered flight.

After thirteen years of visiting and driving past the National Wright Memorial she has developed an appreciation for their story and felt compelled to tell it in her own unique way. She attributes her interest in writing to a weeklong seminar at the North Carolina Center for the Advancement of Teaching.

Always the educator, Mrs. Dempsey chose to concentrate on the human dynamics of the Wright story and to use many photographs to illustrate the details.

Several years ago, she and her husband published a calendar of nature photography. She has worked for three years as an education volunteer at the Nature Conservancy's Nags Head Woods. She hopes that this book may inspire other to use their own unique gifts as the Wright brothers did.