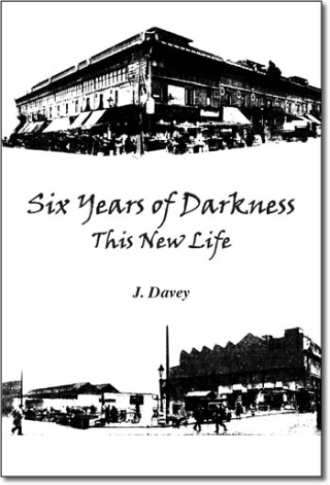 Part One: SIX YEARS OF DARKNESS

Refugees from the Nazis, seventeen-year-old Joni Morgen and her mother arrive in blacked out London in November 1939, after an eight-months stint as domestic servants at a seaside resort. Standing on the wet pavement outside Victoria Station, Joni takes one look at the hustle and bustle of the busy street and is immediately sucked into the spirit of this great city. There is no other place where she wants to be at this time in history. She remains in London through air raids, destruction, shortages, financial stresses and twelve hour work days. Finally the war was over. With youthful optimism she writes: "Peace! Peace on Earth! No man, woman or child will ever be killed again, no bomb dropped, no torpedo fired. World peace. How long mankind longed for that. Now itÕs real."

Seven years after the war, Britain is still trying to recover from its devastation. Disillusioned, tired of unending rationing, bomb-damaged buildings, shortages and personal restrictions, Joni and her friend Gerda, both alone in the world immigrate to Canada. An unexpectedly carefree and exciting new life opens up for thirty-year-old Joni, a striking contrast to the severity of the war years.

The personal nature of these stories allows the reader to walk in the shoes of an "enemy alien" during the war, and an adventurous young woman seeking a purpose in life after the war.

The author lived and worked in London during WWII, immigrated to Canada after the war and finally settled in Seattle. She is a wife, mother and grandmother. J. Davey's work can also be found in a recent publication entitled THE OLDER THE FIDDLE THE BETTER THE TUNE by Willard Scott. As of June 19th, 2003, Scott's book has reached #19 on the New York Times bestseller list. Other contributors to THE OLDER THE FIDDLE THE BETTER THE TUNE include Art Buchwald, Bill Cosby, Art Linkletter, Jayne Medows, John Updike and Leon Uris to name but a few.