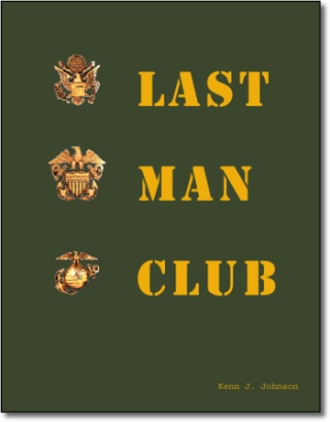 As young Gary McKinnon's high school graduation approaches, he realizes his life has been, and will be managed by his domineering grandfather, Judge Jonathan McKinnon.

In the late thirties not only do the events in Europe, initiated by Hitler's march across the continent, signal a world about to change. There is also a sudden tragedy within the McKinnon family that will put into effect profound change for the entire McKinnon clan.

While at college, Gary meets an extraordinary young woman, Jennifer Van Liew. The relationship is also cut short by external events. The loss, however painful, produces a long lasting and rewarding friendship with a flying instructor, Sam Burgess. Sam becomes his instructor, mentor, friend, and more.

When Sam meets Gary's family, he is quickly attracted to Anna L. McKinnon, Gary's maiden aunt. Anna is slower to react, but when she does, it will be with her whole being.

The McKinnon family, now small in number, adjust to the war years, all but Gary. The war years demanded the transition from adolescence to adulthood quickly, boys became men in a few weeks of training. Seemingly, a girl becomes a woman, a lover, a wife, a mother, and may be left to raise a family alone.

One, Rosalie Lombard, a gangly, dark eyed girl from the neighboring farm, quickly becomes a woman. A woman of intense ambitions.

Detours in her life are countered with greater speed and determination. Rosalie commands and achieves success. It becomes the true love of her life, and earns her the title of the Iron lady.

The characters are diverse, colorful and plain, complex and translucent. The author weaves the lives together, and bind, they do, as their lives become intertwined.

Life as it was, with World War II as the backdrop, not the subject, life in a small town, for one family. The loves, the losses.

Depending upon your age, perhaps it's a glimpse into the life of your parents, or grandparents. Or it just may be at the very least, a slice of life, in the era of America at it's greatest.