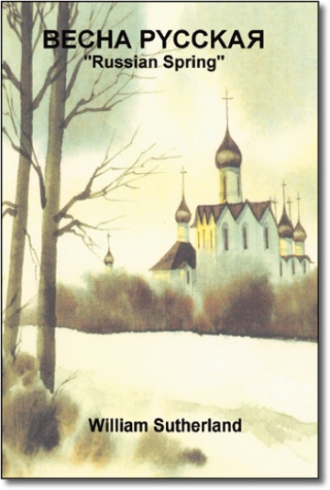 BECHA PYCCKAR - RUSSIAN SPRING is a gripping, unconventional, historical novel. It is told from a Russian point of view that depicts the struggles of every day Russian life in 2014. With a dose of Russian history and politics to add, BECHA PYCCKAR is also controversial.

The main character is Natalya Kalinina, a KGB agent who becomes involved in the clandestine "Russian for a New Revolution" (RNR movement aimed at liberating Russia from colonial rule. At the same time, as the RNR movement pursue its objectives of ending the West's hold on Russia which includes intervening in Hawaii to rescue that State Governor's daughter from the U.S. Military, Natalya finds herself falling in love with an American Moscow-based CIA agent.

With Russia experiencing one of the worst winters in decades with little food and fuel and many Russians dying, the country faces the specter of civil war when the Governor of Russia's karelian Republic and the Commander of Russian troops based there stage a take over of Western-run facilities. Suddenly global events take a life of their own. The world approaches the brink of nuclear Armageddon.

Decisions must be made by Natalya Kalinina and her American boyfriend. They must decide where loyalties lie as their countries become further estranged with Washington plotting a Kremlin coup. Will they compromise their principles to accommodate their romance or have their relationship torn apart? And ultimately will Russia and the world survive?