A Lynching in the Bible Belt 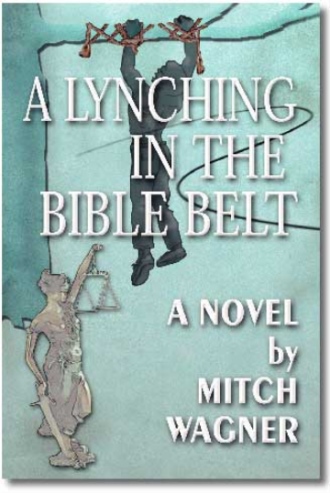 Inspired by a true story, A Lynching in the Bible Belt is an interraccial love story intertwined with a young lawyer's pursuit of justice against a wealthy white supremacist, who, in the guise of Christianity and under distortions of scripture, espouses racism and contempt for "race mixing" and incites a member of his religious fellowship to lynch an African-American high school student and his white girlfriend.

Subplots include how the young lawyer gains strength and courage from his upbringing, from his best friend from childhood, and from the woman he loves, and stands up to prejudice after having lived with guilt over his own silence when confronted with prejudice in the past. The story explores the institutional prejudice that still prevades the field of law, how tolerance and racism are both passed on in families from one generation to the next, and the problems of interracial romance in the face of family prejudice. Ultimately, however, the story is about friendship, love, courage, and how they triumph over prejudice.

A Lynching in the Bible Belt includes much courtroom drama, including, for sake of accuracy and authenticity, actual legal cases and principles of law, drawing from the author's experience as a trial lawyer.

Mitch Wagner is a civil trial lawyer in Southern California. Mr. Wagner started as a sole practitioner in 1983, joined an insurance defense firm as an associate and then partner, and then returned to solo practice. Mr. Wagner practices in the areas of personal injury, real estate, commercial, and consumer litigation.