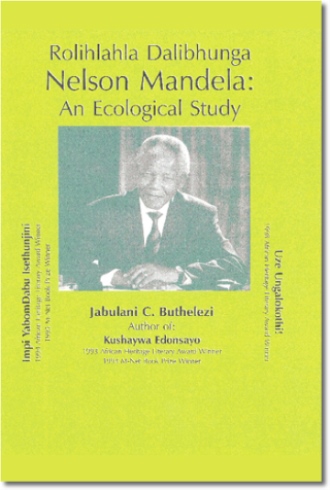 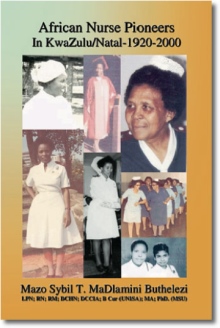 Jabulani C. Buthelezi is a teacher who was born at Lennoxton in Newcastle. He received his primary and secondary education at St. Lewis Bertrand's School and matriculated at Amanzimtoti Training College. He obtained a BA degree at the University of Zululand and obtained a UED, a BEd and BA Hons. (History) at the University of South Africa. He was a student of Professor Darlene Clark Hine who fired him with the desire to write at Michigan State University where he got an MA (Ed Admn); MA (History) MA and a Ph.D. in Adult & Continuing Education. He is also doing an MA in Creative Writing at Columbus University, New Orleans, Los Angeles.

. Other publications of this author are at the end of this book.

This author is known as the principal who built Amakholwa High School at Edendale in Pietermaritzburg, and he was the principal who founded Buhle Buyeza High School in Greytown. He was also the principal of Zibukezulu High School and Mpande High School in Pietermaritzburg. In the USA, he was a field instructor in Multiple Perspectives Teacher Education Programme at Michigan State University where he also taught isiZulu. In 1996 he was a visiting professor at Albion College. He is now a full-time writer who is committed to make a significant contribution in nine African languages, which were neglected by the apartheid regime. Most of his work will be translated into eleven South African languages.

Jabulani C. Buthelezi is married to Dr. Sybil Mazoe MaDlamini who is not only his loving wife, companion and friend, but she is also the backbone, the chief editor and the one-person ethics committee of all his literary work.