A Predator On Our Streets 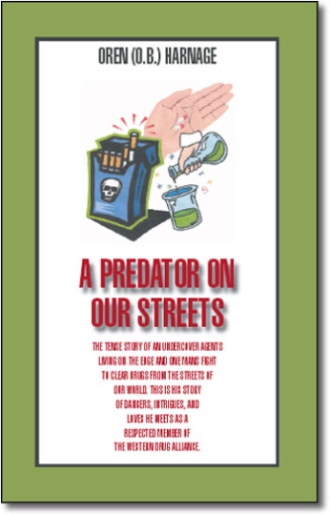 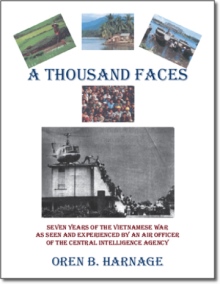 Although written as fiction, the exploits of a long-time undercover CIA agent are based in reality, revealing the inner working of drug distribution and financial means of coupling "dirty" money with "clean" money and injecting into legitimate enterprise.

This is Steve Van Reardon's job as the President of International Marketing, a viable and legitimate import/export company in Cape Town. He is the cartel enforcer and travels to all point of the world to enforce cartel policy and punish violators, often required to make a decision of life or death, and if necessary perform the action himself. He walks side by side with death but manages to survive the many attempts on his life.

When not performing outside duties as the enforcer he reclines in the lap of luxury as an icon of respectability and becomes a prominent member of the community of Cape Town, known to be an adversary of drugs on the street. He falls in love with Harriet, known as Harry, aware that he is an undercover agent and stands by his side when an encounter with a CIA contact in Vientiane results in his being attack and seriously wounded. The cartel investigates and he must nervously wait to receive exoneration or face death as an agent. Exoneration is the verdict but he knows he will always be under the microscope and it has serious impaired his ability to reach into the organization infrastructure. With his effectiveness as and agent diminished and always living under the threat of death he and Harriet decide on marriage and to disappear while on an extended worldwide honeymoon, assisted by the Central Intelligence Agency.

The story is one of excitement, intrigue, love, and the dedication of one lone individual to keep our children safe from drug addiction.

His age is debatable due to the Goodson family bible recording the date of birth as 5 JUNE 1925 with birth certificate of record indicating the date of 5 June 1926. He was born in Tampa, Florida to Oren Bartholemew Harnage, a cigar maker for Tampa Nugget and Bessie Orr Harnage, a lady from a prominent family in Franklin, Georgia. Circa 1929 divorce split the family with the father leaving him with his mother and grandmother. An inoperable brain tumor caused the death of his mother in 1930 and he became the ward of his grandmother and five uncles, assuming the name of Oren Goodson. He was not advised of his true birth name and was not made aware until enlistment in the U.S. Navy in 1943. He served in the U.S. Naval Amphibious Force in the South Pacific seeing combat action in the Philippine Islands and Okinawa. After recovering from wounds received at Okinawa he was honorable discharged and located his older sister in Tampa, whom he had never seen. With her assistance he located his father, brother and two other sisters in Greensboro, North Carolina. He had not seen his father since age three and was totally unaware there was a brother and sister from two later marriages.

Civilian life was not kind and after eighteen months he enlisted in the United States Army Corps, to become an Air Operations Supervisor. In 1960 he was selected for a special assignment with the Central Intelligence Agency and assigned to the 1129th Special Activity Squadron with duty at Area 51 in the Nevada Test Site as Command Post Supervisor for the Lockheed Aircraft test program of the A-12 (SR-71) Black Bird. Five years on this assignment brought retirement from the United States Air Force as a Master Seargeant in June 1965. He continued in a civilian status with the Central Intelligence Agency as a paramilitary Air Officer, serving in Laos, Thailand, Cambodia, Vietnam and Africa.

With 32 years of service to his country he elected to retire from Federal Service in February 1977. After pursuing an unsuccessful career as a private investigator he settled into real estate until losing his wife to cancer in 1992, ending 44 years of marriage and bringing on complete final retirement. A second marriage followed and after eighteen months ended in divorce. He is now settled in Arizona and lives along on the shores of three small lakes and continues to pursue his hobbies of fishing and playing golf at the nearby courses.