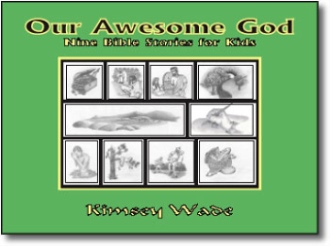 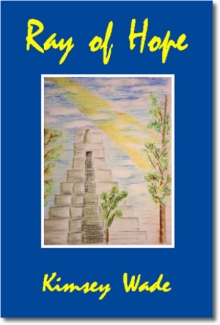 The Bible is filled with fascinating stories which can change the lives of readers of all ages (God's word is alive and working and is sharper than a double-edged sword. It cuts all the way into us, where the soul and the spirit are joined, to the center of our joints and bones. And it judges the thoughts and feelings in our hearts.Hebrews 4:12 New Century Version) Our Awesome God makes nine of these stories come alive and relevant in the hearts and minds of children. Explore the Old Testament story of Naaman, the General of the Aramean army, who found healing by obeying the prophet's order to dip seven times in the Jordan River. Examine the friendship of Jonathan and David through Jonathan's eyes. Tremble with the prophet Habakkuk as he hears God's judgement on the nation of Israel. Rejoice with Joseph at God's provision to the royal family through the gift of the magi. See the miracle of the loaves and fishes unfold before the eyes of the little boy who graciously shared his lunch with Jesus. Stand beside Jairus as jesus raises his daughter from death and join in their celebration of life anew. See Jesus for the first time like the "man born blind" did after being expelled from the Temple. Crawl out on the limb with Zaccheaus and listen as Jesus invites himself to his house for dinner. Join the mad-man as he roams the tombs until Jesus frees him from demon possession and turns him into an awesome witness. These nine accounts, told in story form are sure to bless your heart!

Grab a chair and snuggle next to your children or grandchildren or neighborhood kids and explore the awesomeness of God together! Come prepared to see these "old stories" in a fresh, new light!

Kimsey Wade is a native Oklahoman, reared on the ceremonial grounds of the Osage Indian tribe in Hominy, Oklahoma. After graduating from Hominy High School, Kimsey attended Southwestern State College and Oklahoma Baptist University (OBU). He graduated from OBU in May of 1974 with a Bachelor's Degree in Political Science and Music. He continued his education at Central State University and the University of Missouri, Columbia, where he studied political science, specializing in state and local government.

Upon completion of his higher education, Kimsey worked several years in public administration with the Boy Scouts of America in Southern Oklahoma, and with the sub-state planning organization in Northeast Oklahoma. In 1987, he left the public sector and opened a private piano studio in Vinita, Oklahoma, where he continues to teach piano to children, teens and adults.

In 1987 the Wades adopted a young girl from an orphanage in the Peten region of Guatemala. Moved by what he saw, Kimsey organized and led seven mission trips back to Guatemala to assist the orphanage with construction of buildings, schools, and a mission church in San Andres. In 1992 he formed a nonprofit organization to solicit funds for the operation of the school and mission church.

Kimsey's desire to write became a reality in the spring of 1995 when he enrolled in a course with the Institute of Children's Literature. He successfully completed the institute's three courses: Writing for Children and Teens: The Basic Course; Writing Articles and Short Stories for children and Teens; and, The Book Course. His first novel, Ray of Hope, was published by Trafford in February 2003. He had his works published in several magazines including: CLUBHOUSE MAGAZINE; FOCUS ON THE FAMILY ; LISTEN MAGAZINE; GRIT; POWER STATION; BOY'S QUEST; SIRS; STRAIGHT; DISCOVERY TRAILS; and,CLUB CONNECTION . In addition, he has won numerous awards at the Christian Writer's Conference held at Glorieta Conference Center in New Mexico.

Kimsey married his wife Anita, in February 1980. They are the parents of four children. The youngest two are high school students. The oldest daughter is attending OBU, and majoring in Children's Ministry. The oldest son is married, and lives in Vinita with his wife and three-year-old daughter.