Night of the Change 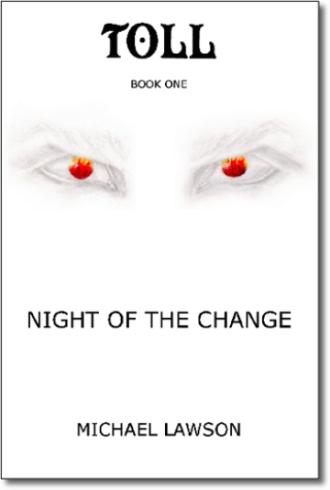 For thousands of years, evil wizards ruled Toll by force of magic. Common men lived in fear for their lives. Hilan the Peacemaker, a wizard of great power, arose to defend those without magical talent. In an epic battle and at the loss of his life, Hilan cast the spell of Restraint and formed the Flame of Hilan. These Restraints: Time, Depth, and Distance serve to limit the power of magic's operation in Toll.

The Order of the Flame, born from the death of Hilan, guards the Flame, heals the sick, and protects the weak by force of good magic. From within its stronghold in Flame Valley, the Order, led by Adna Toulan the Flame Lord, dispatches its wizards into the five great holds of Toll to protect and heal.

As the ten-year Gathering of the Lords approaches, the Flame of Hilan is attacked by an unseen cadre of rebel wizards, leaving the Restraints unstable, the operation of magic unreliably dangerous, and the Flame Lord near death.

On the same night as the attack on the Flame, war, led by unknown lords and wizards with unbelievable magic control of weather, descends upon the Holds, while at the same time the royal families are betrayed by traitors.

The Flame Lord and the loyal Hold Lords have only one chance of survival; find and defeat the attackers of the Flame before the Restraints fail and wild magic is forever loosed in Toll.

Michael Lawson lives in Albany, Ga. He is married and has four sons. Michael discovered his love for fantasy while creating mythic lands to entertain his young sons, on long trips in a very small car. His sons grew up, went to college, and moved away, but his love of mythic lands remains.