A New Song For China 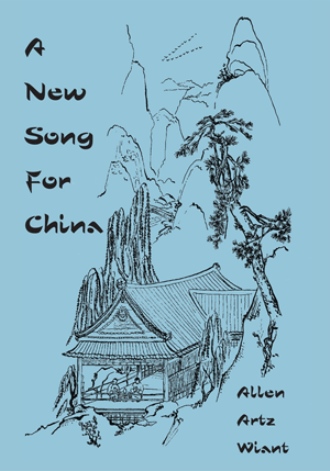 Bliss Wiant went to China in 1923 with the lofty goal of some day introducing hymns to Chinese Christians that would not sound foreign to them. It was a goal that occupied much of his life. The locale of his work was Yenching University, which was arguably the premier institution of higher education in China. There he established a department of music, and enabled students to discover and develop their musical talents. There also he taught students who had never before seen a western musical score, to sing and to love Handel's Messiah and other great music of the west. In less than 10 years after its first performance, the reputation of the university chorus was such that it was invited by the government of China to present the Messiah in Nanking, the national capitol, as the finale to a two-week exposition of the arts.

A major milestone in the pursuit of his life's goal was reached in that same year (1937), when a hymnal (English Title, "Hymns of Universal Praise") was published. This was the culmination of years of collaborative effort involving scores of individuals. Not only was the hymnal a uniquely inter-denominational achievement, it also included for the first time, a substantial number of original, indigenous hymns.

Wiant's work in China produced in him a great love for the people as well as a deep admiration for their culture, which he saw both as misunderstood and unappreciated in the U.S. Consequently he devoted much of his energy in the years that followed to being a cultural ambassador, representing China to his own countrymen. An important manifestation of this was his work and that of his wife, Mildred, in translating into English a number of the Chinese hymns that first appeared in Hymns of Universal Praise. Several of these are now found in hymns used in the U.S., in effect closing a circle begun when Wiant went to China in 1923.

The author was born in Peking and grew up speaking both Chinese and English. His early education ranged from a one-room school for faculty children on the campus of Yenching University, to the Peking American School, in Peking. The latter was international in character, with Chinese students comprising about a third of the student body. After leaving China in 1941, he attended Ohio Wesleyan University, served in the U.S. Navy during World War II, then completed his education in electrical engineering at the Ohio State University. He worked for General Electric Company for a time, then went to Afghanistan where he taught in a high school under the U.S. AID program. Back in the U.S., he returned to engineering to become a researcher with North American Aviation. In 1970 he left engineering to become a researcher in the field of vocational education, retiring in 1988. He is the father of five, grandfather of 16, and an avid family historian. He has written his own autobiography and assisted his mother in writing hers.