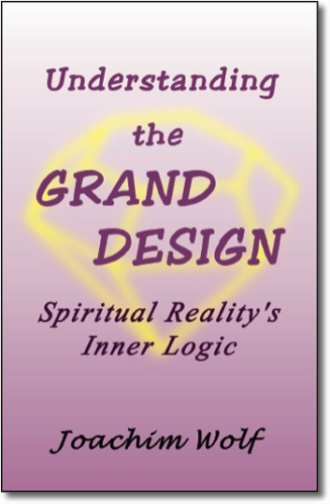 Increasingly, scientific discoveries are revealing similarities with spiritual concepts, but the common basis of science and spirituality has so far escaped a logical explanation. This book describes how we can understand this common basis if we do something as simple as change our point of view. After that, it becomes a matter of common sense, a brand new type of common sense that is available to everyone, not just scientists.

This new common sense, called "Holistic Logic" produces surprising and convincing results when applied to dimensions that transcend our three dimensional world. Holistic Logic leads to conclusions that agree with the teachings of Christ, Vedic Scripture, and the tenets of Buddhist philosophy. Even those unschooled in science can understand how Holistic Logic holds true for discoveries in Quantum Physics and Einstein's Theory of Relativity. Holistic Logic explains spiritual reality in a rational way, using the laws of multi-dimensional reality, much in the same way we explain physical reality with laws of physics.

This may well be the breakthrough that Mankind has been seeking for centuries. Holistic Logic may finally have made the connection between the science of matter and the world of spirit. In the future, this connection may prove to be even more significant than that event some 400 years ago when Humankind first understood that the earth was not the center of the universe.

Today, the world is desperate for a change. As humans, we are struggling to cope with the ever increasing problems that we are causing in our eco-systems and in ourselves. We are recklessly depleting our oil reserves, we are destroying the lungs of our planet by cutting down the rainforests, and have set in motion a pattern of global warming that can have disastrous results for us and our children.

As individuals, we feel that we are at the mercy of random events. Some of us are maimed or murdered, some of us develop fatal diseases, and many of us know disappointment and guilt. We don't understand the forces that drive events nor the apparent indifference of a God who expects obedience but rains misfortune down upon us. We are powerless in the face of tragedies like that which occurred on 9/11/01

This book explains the basics of Holistic Logic, citing 10 "Holon Principles" that, when taken together, comprise the Holistic Logic System. With the aid of clear practical examples and many illustrations, the reader will understand the building blocks of physical and spiritual reality, the mysterious union of the Whole and its Parts.

Joachim "Jo" Wolf was born in Berlin, Germany, in 1927. He studied physics in Berlin, followed by an electronics research and development career in Germany and the United States. He is now retired and lives with his wife in Southern Florida. Joachim Wolf's interest in metaphysics originated when he experienced a vision of higher reality as a young man. Attempts to describe this vision failed because it was beyond words. He then resolved to test his new understanding through experience, and to share his experiences and ideas with others later.

In 1991, he wrote an essay, titled Revolution in Common Sense. It describes higher reality through a comprehensive "Holistic Logic." In 1994, it was published on the Internet via CompuServe, and in 1996 as an Internet site titled Quantum Metaphysics. This site has earned a Key Resource award by Links2Go.com for being among the ten best sites to present metaphysics on the Internet. Numerous compliments and requests for more information have led the author to write this book. It describes his view of higher, "multi-dimensional", reality in more down-to-earth terms with many examples, visual aids, and practical applications.