Dachshund Tails Rescued and Other Tales 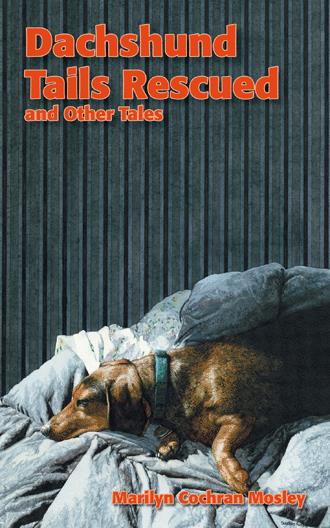 Schultz is the storyteller if one uses a smidgen of imagination. Everyday is a new adventure for Schultz, whether he's home on Vashon Island in Puget Sound in Washington state or sniffing the air while passing through new territory. Stubbornness, playfulness and a talent for mischief are part of his personality, the thread of his story. His tale is about his coming to Vashon Island, his new-found family and his pet primate, Marilyn. Schultz introduces some of his favorite rescued friends midway through the book. Each one tells a heart-warming story of a dachsie abandoned, deserted, lost, or caught in a mischievous moment or two. All of the stories are based on true incidents.

Dr. Marilyn Cochran Mosley is a school psychologist, and has worked with children since 1973. Prior to that she has been a counselor at the college level. Most recently she has traveled throughout Alaska as an itinerant school psychologist. Writing is a hobby for her.

Marilyn was born in Oregon, and grew up in the Pacific Northwest. She holds an undergraduate in Sociology, and masters degrees in both Philosophy and Educatioinal Psychology/Counseling. She went on to receive her doctorate degree in Educational Leadership from Seattle University. Marilyn, and her two dachshunds live on Vashon Island, along with two other griffin pointer mixes and three cats.

Outside her work Marilyn is an avid photographer, enjoys animals, and loves the outdoors. She is also a gourmet cook, certified scuba diver, and has held a private pilot's license. Her first book Dachshund Tails North, tells about flying experiences 13,000 miles over Alaska which she and her husband shared with their dachshund crew. Dachshund Tails Up The Inside Passage is the sequel, and is about three fun-loving dachshunds sailing up the Inside Passage to southern Alaska. The third book, Dachshund Tails Down the Yukon, is about seven dachshunds bent upon mischief as they travel down the Yukon River through Canada's wilderness on a 17-foot canoe.