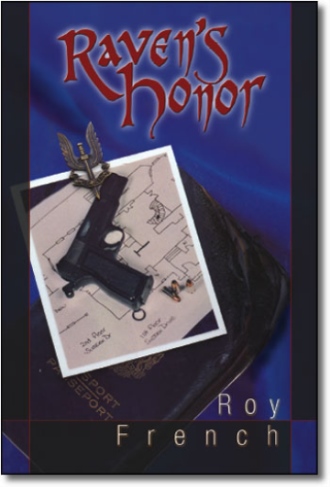 Chapter One Belfast Belfast. City of violence. Streets strewn with rubble. Teenagers, their backs bent taut like bowstrings, striving to hurl petrol bombs – milk bottles filed with gasoline and stuffed with a tampax – into the ranks of security forces. Policemen shoulder to shoulder with huge plexiglass shields like the scales of a giant lizard. Belfast. City of fear. Death’s dark streets carry whispers of informants’ names, of collaborators. Street lamps, their lights smashed beyond repair, hang their heads in prayer. But no one hears. Through these streets a man came, eighteen years old, but no longer a young man. His past few years had assured the disappearance of his youth. He did not do the things in which his contemporaries immersed themselves. He was called Raven. At the local university he studied computer science – a bright student to all around him. But only one man knew his alter ego. The old man. He was known by that name to those who were close with him, and he had adopted Raven when his parents died. The old man trained him, mentally and physically, to become what he now was - a killer. The old man taught him to shoot; the silent expulsion of breath still to the heartbeat before caressing the trigger. He taught him all about handguns: types, calibres, loads, clips, recoil, and how to create a makeshift silencer. Then he taught unarmed combat; how to kill quickly and efficiently. Day in, day out, until the boy became what the man had been – a perfect killing machine. It was rumored that the old man had been a commando during World War II and had fought for David Stirling’s LRDG (Long range desert patrol group), the precursor of the SAS (Special Air Service). Raven drove a battered, grey Morris Minor, which was several years older than himself. It was a gift from the old man: cars were a luxury not a necessity. A fine mist lay on the windscreen of the car as he drove along the Ormeau Road, heading for the bowels of the Shankhill Road. Sammy Hughes lived there, in a tiny, terraced house set in the back of a maze of streets. At each entry point to the maze sat a car, and in the car a lookout, tasked with alerting inhabitants of the maze of incoming undesirables. The Morris Minor pulled up beside a lookout car. The guard got out and peered into the window of the minor. There was a momentary flicker of recognition in the hard face, then the nod of the head granted access to the maze. Raven drove up the narrow streets, reading from a map in his mind. Here and there lay burnt wrecks, mementos of days past. He found the house he was looking for and pulled up to the sidewalk. He picked up his textbook, a voluminous tome on operating systems, and climbed out of the car. He did not lock the car – no -one dare steal it.

Terrorism, violence, and suspense combine to make this dynamic novel a thrilling page-turner that the reader will be unable to put down. In the tradition of Frederic Forsythe and Robert Ludlum, the story moves swiftly. Tension builds as a terrorist group, The Sons of Palestine, hijacks a Canadian plane carrying 340 passengers en route from London to Toronto. Immediately we plunge into the murky world of secret agents, enigmatic men and women, whose job is to obtain information and kill without mercy. But decisions are made in the highest echelons of government, and the Prime Minister is forced to make an agonizing choice.

In an unexpected plot twist, the plane explodes in mid-air, killing everyone aboard. Into the center of the turmoil comes one man whose wife and little daughter were killed in the crash. But David Spence is no ordinary man; suspicious of the official explanation he begins his own investigation, and his mysterious past helps him as he tries to fit the jigsaw puzzle together. He soon discovers the pieces do not fit, and filled with grief and rage, he stops at nothing – from cold-blooded murder to taking the Prime Minister’s family hostage – to uncover the bizarre truth. He exacts a terrible revenge, but the climax is still to come in another stunning twist at the end of this gripping novel.