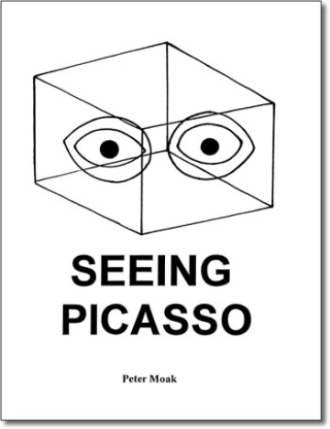 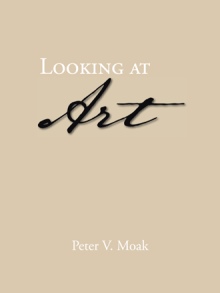 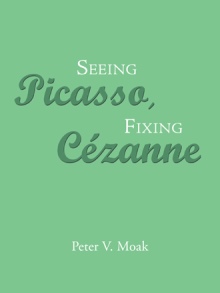 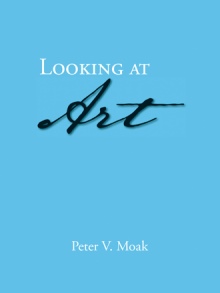 This study of the work of Pablo Picasso, the most famous artist of the twentieth century, is based on a variable visual identity we all have, which I call the visual ego. Picasso never explained his work so we find out about is by looking at the works themselves. The following explanation is based on looking at the works of Picasso and determining by trial and error how they were seen when they were made.

When you look at a thing, whether you know it or not, you are present in two ways. You have those parts of yourself you can see and you have an unseen presence, and idea of yourself identifies with the plane of your face, your visual ego. This idea, which related you and what you are looking at, can change in size, shape and position. Changing your visual ego can be automatic or consciously controlled by simply using your imagination. Changing your visual ego changed the way things look for example, things look small when they are far away. You compensate for this by reducing the size of you visual ego, a size reference. This familiar phenomenon is called constancy scaling. The automatic change in scale is caused your being conscious the object at which you are looking rather than yourself, which causes your object to appear lined up with you and you to assume its scale. Conversely when you remain conscious of yourself you are larger than the optically diminished object with which you are aligned. I call seeing things aligned to you or you to them, orientation. It is also possible to see things as not lined up with you. An unaligned object in this way by seeing it to the side of where you are looking when you are oriented to that place or by seeing if from a place to the side of your visual ego when where you looking is oriented to you.

A visual work of art is a thing made by a human being, using the visual ego that holds the work of art together and makes it a work of art. So to understand and appreciate a visual work of art you need to see it in the way it was made. Orientation is particularly important. When you see a thing oriented to you, your visual ego assumes the scale of that thing, you seem to occupy the same place as the thing and your lines of sight spread out from you to its parts which are seen at various angles. I call this way of seeing and composing works of art, which has a long history in the west, frontal perspective. When you see a thing oriented, you to it, your visual ego remains large, you are conscious of a space between you and your object and it is seen along lines of sight that converge. This can give you a wide view of a composition, but so as you move from part to part, parts are seen one at a time and each art is seen at the same angle. I call this way of composing works of art, which is a characteristic of art coming from the Far East, Oriental perspective. Frontal, Oriental, and peripheral perspective place the viewer in front of the object. It is also possible to compose a work in which forms are unaligned. With what I call African perspective, you are aligned to a composition as a moving ego that is reduced in scale by an imagined point beyond it, with its parts seen unaligned. With what I call oceanic perspective, the moving ego is aligned to the composition and its parts are again seen unaligned.

Between the spring of 1907 and the fall of 1912, Picasso produced eight variations on a new way of composing works of art that isolated unaligned shapes in an aligned environment. He arrived at this procedure through a series of discoveries about how we see the world. The first was that forms could be seen from the side (peripheral perspective) and that when so seen, are seen in sequence and close to the viewer. Five years later, in the fall of 1906, he became aware that objects look different when seen oriented to you (frontal perspective) than when you are oriented to them (oriental perspective). By alternating his orientation in his works of 1906-07 he further compartmentalized his compositions. His next step, spring 1907, was to see that forms stand out when seen unaligned in an aligned environment. This he used for a new method that drastically separates forms. Picasso's eight variations on this method were produced by changing his initial orientation, summer 1907, summer 1909, fall 1909, fall 1910 and spring 1912, imaging distant points behind his shapes so that shapes are seen more obliquely, beginning early 1908, imagining a space beyond his composition before seeing forms as unaligned by being to side of the place he is looking, beginning, fall 1910. This imagined space provides him with a wider view of his composition with unaligned forms again seen obliquely. Picasso will use this background-space method from here on. Picasso's methods were id secret, but secrets he hid in plain sight. Through his work, Picasso left us a better understanding of how we see the world and how we see and make works of art. It is a legacy unmatched in the history of art.