What Depression? How America's kids beat the blahs of the 1930s 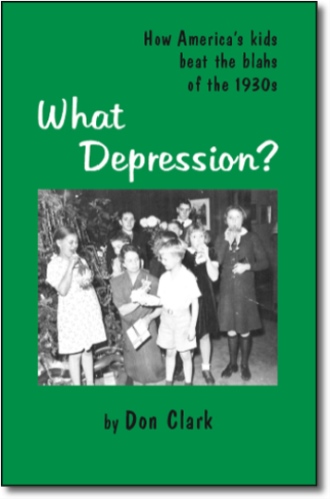 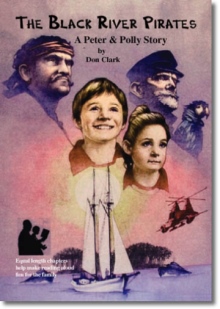 How Bad was the Great Depression of the 1930s? With a few exceptions, it's too late to ask the parents of the time. that leaves the job to us, the kids of the '30s, to tell the story of those grim "have-not" years that strangled, yet strengthened, the family structure of our nation.

As one of those kids, I can introduce two influences that generated genuine Depression Era suffering - liver and spinach - and we had them often. Now, why then, did parents force such nauseous fare upon innocent children? Because spinach was good for us, and it was cheap. That's one. Also on the bottom line, liver was even better because it was free. Mammas just asked the butcher for some liver for the cat. And a bone for the dog made a pot of soup. That's how bad the Depression was.

Parents took it on the chin. Imagine no job, no paycheck, and very little hope of finding a replacement for either. Dads and Moms lost two of life's important ingredients, joy and hope. And more, they faced an uncertain world with the ever-present fears of empty pantries, tax collectors and unsympathetic mortgage bankers.

Kids shared shortcomings with their parents, but they weren't crushed by the staggering array of painful responsibilities that beset their elders. Situation normal. They hadn't known better times. Was it a terrible time to rear youngsters? Maybe and maybe not.

What Depression? makes a case for the kiddies and illustrates how their presence added to family stability and survival. In effect, the document represents a time capsule of the Great Depression years in which the kids play the starring roles. The Lawton Wood Brats serve as a cross-section of those who did so much to turn minuses to pluses and to twist frowns into smiles. If you had put this handful of high spirited boys and girls into any American neighborhood in the 1930s, you could have expected similar results.

It's easy to put down kids who grow up in years that are relatively free from economic pressures. But good times or bad, they all rise from the same blueprint and specifications, one for a boy and one for a girl. Each gets a good measure of creativity, initiative, curiosity, energy and that ever present capacity for mischief. So, if you were to crank today's kids back to the '30s, it is reasonable to conclude that their energies and talents might have found the same pathway as the one evolved by the Lawton Wood Brats, and their durable contemporaries, when times got tough. If you look for maximum returns, invest in our kids.

Don Clark is a U.S. Navy veteran of WWII, journalist, editor, former advertising agency executive and is the author of Wild Blue Yonder: how America's first fighter pilots were trained during WWI and co-author of best-selling Brother XII, the Devil of DeCourcy Island, the story of a mystic who drew hundreds from around the world to his colony off the coast of Vancouver Island in the 1920s.

Don is a founder member of CHAOS (Cannon Hunters Association of Seattle) and, as an archaeological diver, participated in the recovery and restoration of ancient, muzzle-loading cannon in the U.S. and along Mexico's Yucatan coastline.

He and his wife, Tina, life in Cannon House on the Pacific Coast at Ocean Shores, Washington.