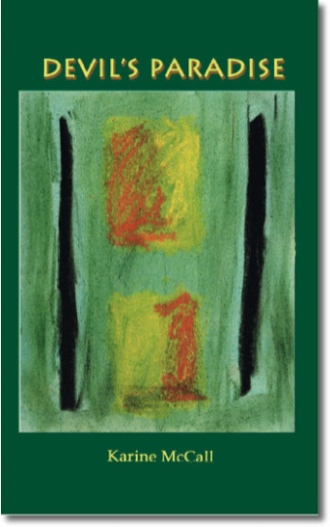 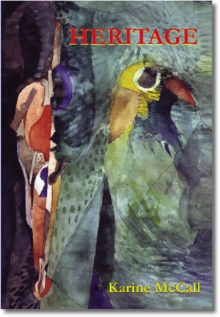 Devil's Paradise is the story of a young New York heiress, Amber Hausemann, and her mystical encounter with Lucrecia, a seemingly simple countrywoman who lives in the pueblo of Meseta del Rosario hidden away in the heart of the Spanish Andalucian mountain range. It is a tale in which Amber, quixotic yet innocent by nature, has entanglements with the weighty Lucrecia and struggles to ward off the poisonous powers that threaten to destroy her daughter and herself. It is a tale of ironical twists for, while Amber searches for security among the poor, she finds herself terrorised by the very people in whom she has put her faith. It is a story of the village of Meseta del Rosario itself, emitting signals of morbid paganism. It is a tale of modern day bewitchment; a vision of an occult Spain that still exists, a chiaroscuro of superstition and seasonal lunacy. It is the story of passion and love, when Amber meets Saul Ascencio, an honourable Spaniard from Granada, and learns love and sexual fulfilment for the first time in her life.

Prior to the opening of Devil's Paradise, Amber met Simon Foxcroft, who was English by nationality and Amber's professor of art history at univeristy. Stodgy, old-fashioned and a bookworm, Simon was thirty-three years Amber's senior. Eventually they married, following which they settled in New York City where their daughter, Daisy, was born. Five years later, the child was kidnapped and subsequently released, but the toll of this ordeal devastated Amber, who thereafter believed that there was no place in the world safe enough for her and Daisy to reside. At this point Simon, chagrined by the ostentatious publicity that surrounded Amber's life, decided they must move to England and devised a plan whereby they would spend a year in Spain before relocating in London.

The story begins when they rent a villa, under a years lease, in the remote pueblo of Meseta del Rosario and Amber encounters Lucrecia, the servant connected to the villa, and her menacing brother-in-law, Placido. From the instant Amber meets Lucrecia, she is certain that she knew her sometime in the past and, as the novel unfolds, she becomes disturbingly influenced by the older woman. Simon loses control of Amber, whom he has always considered more his child than his wife, and remains powerless as the domineering and demonic Lucrecia, convinced that she has finally found her true daughter, uses every possible device to possess Amber and keep her in Meseta; the only place where Amber feels protected. During this time, the Foxcrofts befriend an Australian couple, Perrie and Rebecca Owen, who move into the villa with them. As time passes and Simon and Amber's marriage begins to disintegrate, they both look for solace elsewhere: he with Rebecca, while she meets Saul Ascencio, with whom she has an affair. At the end of the year, both families move to London. In need of distraction, Amber opens a boutique, while otherwise devoting her life to Daisy. Perrie Owen, who is a gentle bisexual, becomes her confidant and, aside from Daisy, is her only source of comfort in England. For a time Amber tries to regain Simon's understanding, but to no avail. In desperation, she returns to the pueblo where Lucrecia, ignorant of Saul's existence, thrives on the collapse of Amber's marriage that has kept her from being 'where and with whom' she is meant to be. Lucrecia now begins to concentrate on the child, the one remaining obstacle that threatens her possession of Amber. With this in mind, she convinces Amber to bring Daisy back to Andalucia while she, with her cagey brother-in-law's assistance, plan Daisy's demise. From this point onwards, the tension escalates to a terrifying pitch, each character responding towards his or her destiny in the midst of sharp, ironic twists, until the gripping events resolve themselves in a surprising conclusion.

Karine McCall, a fourth generation Californian and member of a talented family, was raised in an atmosphere of artistic achievement.

At the age of seventeen, Karine pursued a career in the theatre and performed on the New York stage; while at the same time she continued to study music.

At twenty-two she married a Venetian. This experience was to become the future setting of her first novel, Stones in Heaven. She has moved to England where she has written Heritage and the forthcoming novel, Devil's Paradise. Her fascination for music has recently challenged her to write Dianora and the Countertenor.

Karine has two daughters and the memory of her beloved son. She lives in London and Venice.