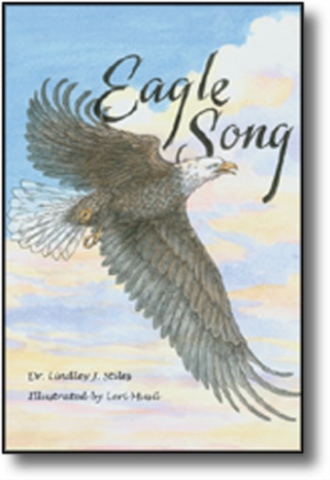 A tribe of Mountain People who are believed to have been driven south from the Pacific Northwest by the ice flows are adopeted by the Navajo Nation in New Mexico. A boy rescues and nurses to health a bald eagle, considered to be the guardian of his type of Indians, for which he earns the name, Eagle Claw. he distinguishes himself by protecting his eagle patient against the attempt of Cheatum, an unpopular Indian trader, to steal the bird for his feathers to make a valuable head dress. Healing Henry, the Medicine Man of thse people tells the boy he has been selected by the Spirits to be his successor and urges him to go to school to learn all he can of scientific medicine to go with the accumulated medical wisdom of his race.

In the mission school, he learns that their goal is to assimilate all Indians to make them Christians and imitation white people. His goal of becoming a medicine man is ridiculed but he wins their support by becoming a star basket ball player. He learns to compare Indian mythology and what his race considers Christian mythology and the power of his Indian Spirits with that of the Christian God. His brilliance causes the Headmaster to offer to help Harry (his non-Indian name) to get scholarships to study to become a medical doctor - provided he will join the church.

At the school, Eagle Claw meets Dollie, also of the Mountain People, a cheer leader for the basket ball team. She teaches him the difference between Indian and white people's love to kiss. Believing in equality between men and women, as Mountain People do, she tells him she will be his partner, but not his possession, that she will share equally in family decisions, and will walk beside him rather than behind him as most women of the world do.

Bruce Brownwood, home from his first year at the University of New Mexico, volunteers to manage one of his father's Indian Trading Posts until a replacement can be found. In a year he learns the Navajo language, becomes interested in their culture and decides to devote his life to helping bring modern scientific medicine to help them. He establishes several run-ins with Cheetum who wants no competion in his Indian trading business. There Bruce meets Eagle Claw while helping to save the life of a Nacaho who has been given up for dead with acute Mastoiditis. Together they join efforts to combine scientific wisdom of medicine men. Bruce helps Eagle Claw to learn about the life of medical doctors so that he will know better whether he wants to understand the long journey to become the first Indian MD.

When Bruce's wife, Laura is near death and her white doctors have given up on her, Eagle Claw holds a Sing to ask the Indian Spirits to save her. The response to Eagle Claw's, now the Indian Medicine Man, pleasin the form of a ligtening and thunder storm. While Eagle Claw makes his pleas, Laura shows marked improvement. "Makes a believer out of one," Bruce tells her as they both give credit to the power of the Spirits along with that of their Christian God.

Ultimately, Eagle Claw faces the choice, to study to be an MD or to serve as the Medical Man for his tribe.

The book highlights contrasts and similarities between white and Indian cultures, traditions and religious beliefs and treatments. It exposes the ways Christian white people as well as so-called pagan Indians have lived in ignorance for centuries. It will bring both tears and laughter to readers.

Dr. Lindley J. Stiles was born on a cattle ranch near where Tatum, NM now stands. There and on his father's ranches near Grants, Peublo Bonito and on the West Gallegos he grew up learning how to be a cowboy. When the Great Depression of the 1930's forced his father to trade his Hereford cattle for farm land, the cattle rancher-to-be managed to work his way through college and gradute school into a teaching career which led to his becoming a world class educator. Now listed in over 30 Who's Who Type biographical reference books he is famous the world over as a poet, author, lecturer annd the leading teacher educator of the 20th century.

Too many to list, his acedmic honors have included three honorary doctor's degrees, election to the Hall of Fame of the American Biographical Institute and the International Biographical Centre, in Cambridge, England, designating as one of the greatest minds of the 21st century by the ABI and a Living Legend by the IBC. His creation of the social wisdom, "The Best Should Teach" and his re-definition of teaching as the peeminent profession because it nourishes all others, is the basis for his classification as one of Founders of the 21st century by the IBC.

The author and editor of over 60 books and 400 professional articles, in his retirement years he has written about his early experiences with cowboys and Indians in which he considers his professional career was anchored. His skill as a writer, and keen insight into the lives of people, as well as his ability to make vivid episodes he depicts has caused critics to describe his Western Books as "jewels that shouldn't be missed."

More about Dr. Stiles can be found on the following websites:

Illustrator Lori Musil is a native of Tuscan, Arizona, who currently resides in Cerrilos, NM. Her work in its fine detail attests to her love of horses and other animals. As a book illustrator and artist her creativity encompasses a wide range of artistic media that has been shown and sold throughout the world. This is the third of the author's books that she has illustrated.