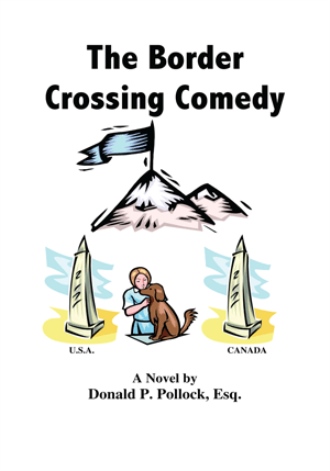 Johnny Stone is one of the nicest guys you could meet. He is kind, generous, understanding and compassionate. Things would change though from the tragic death of his girlfriend in an automobile accident. Then he tried to put some meaning into is life after losing his job. He had a small truck camper that he drove into the forest of the United States from Canada. It was there in the forest of the State of Idaho that he was to meet his new companion, a puppy that he would call Lobo. Without a meaningful job he started his own moving company.

Lobo was not only his companion; he became his guard dog, guarding the household items, which Johnny transported from place to place. His life was back in order or so he thought. Lobo and Johnny were inseparable. They went everywhere together and Johnny watched his pet grow into a fine healthy mature dog. Then he got himself a cat that he named marble. Both animals got along fine until Marble fell eleven floors off his apartment window - and lived.

Then the day came when he went back to the border of the United States with his dog, Lobo, only to discover that things were not as easy as before. Confusion, disorder, fire, struggles, pain, sorrow, laughter, compassion and love were all on the menu for the day for Johnny Stone!

Donald P. Pollock, Esq. knows his stories. His two previous novels: FRANK GOES TO WAR AND THE ANTS GO TOO! and MR. AND MRS. COCKROACH AND FAMILY, stood out from the crowd of books that saturate our market on a daily basis. Some of his readers wrote to him and said the books should be made into movies. Others stated that his novels brought joy to the heart when sadness was winning over. His writing is in such simplistic terms that one wonders what category it should be placed in: Fantasy, Drama, Action or Romance, for these are all combined in his novels. He writes day in and day out to reach the farthest part of his imagination, and then he hurriedly putting the pieces together to make a story. His stories have flow and are easy to understand enticing the reader to continue with a desire to know the ending.

Born in Montreal, he has been a Public Speaker, a one-on-one counselor, a teacher, and a Paraprofessional in the field of Social Science. As a Public Speaker, he has spoken in front of thousands of people trying to let them gain insight into human behaviour.

Today he works on yet another novel, hoping to share his deep imagination with the rest of the world. When asked why he has the letters "Esq." after his last name he states frankly, "It stands for Esquire, which means a person of good standing."

Click here to read about FRANK GOES TO WAR AND THE ANTS GO TOO!

Click here to read about MR AND MRS COCKROACH AND FAMILY