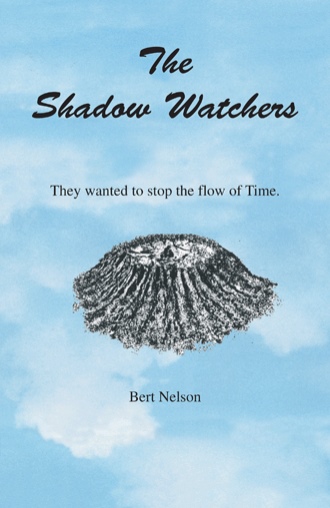 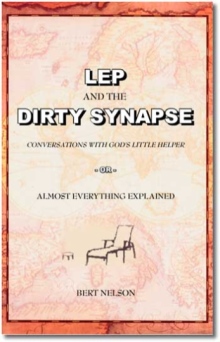 The Shadow Watchers is a mystery that unravels over a 40 year time span. In many ways the book is a mainstream novel about conventional people (a professor, a shoemaker, a librarian, a holy-roller preacher) trying to cope with loss, lust and loneliness. However, Adam's strange story in the final pages leans toward fantasy or science fiction.

The events begin and end in a small central Alberta town, but many crucial incidents occur in British Columbia's Fraser Valley, California, Arizona and India. The story reaches back to pioneer days at the turn of the century and ends in the 1970s, but the event that triggers all of the subsequent action occured on June 20, 1934. On that day John Webster disappeared, vanishing without warning or explanation. He left behind a shrewish wife, his bewildered and devastated six year old son, Joel, and a young friend named Adam McLean.

Adam, who reported the disappearance, found John Webster's clothing lying on the ground at John's favourite retreat beside the railroad bridge over the local creek. Later Adam found an old notebook with some strange and incoherent ideas about "Time", scribbled by Webster just before he vanished. Some forty years later (at the same spot where he had discovered John's clothing) Adam found a weathered little wooden carving of a volcano.

The novel ends in the late 1970s when the emotional stress of a lifetime of loss, anger and uncertainty bring Joel and Adam back to the town of Webster. The climax-the disappearance of Adam himself-is provoked by Adam's story of his visit to India where a little old man confirmed his speculation that John's disappearance in 1934 may have had a mystical explanation: John Webster, just before he vanished, had become obsessed withthe subject of Time and the idea that it might be possible to cause Time to hesitate or even stop. He passed some of his intensity on to his son Joel and his friend Adam.

Adam left home and became a professor at the University of Alberta, and it was his research that eventually resolved the mystery.