The Early Years of the Communist Party of Canada 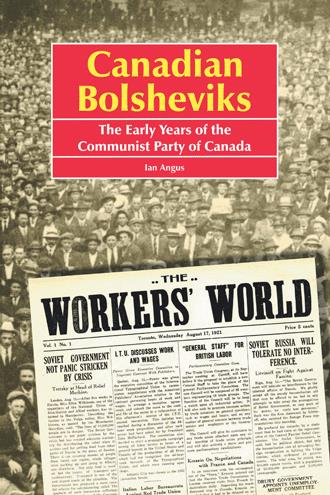 "Canadian Bolsheviks is a book that cannot be overlooked by anyone interested in Canadian labour history and part played in its development by Canadian Communists. It is a story too little known, and Angus, to his credit, has done much to rectify that imbalance."
-William Rodney, author of Soldiers of the International, in The Globe & Mail

Canadian communism did not spring out of the ground suddenly at the end of World War I, and it was not smuggled into the country by Russian agents. The men and women who built the new movement were long-time socialist and labour militants in Canada. Inspired by the Russian Revolution and by their own experiences as leaders of the post-war labour revolt in Canada, they set about to create a new kind of party, one that could lead the fight for workers' power.

The new Communist Party, formed between 1919 and 1921, quickly became the largest party on the left, with strong roots and influence in the unions and basic industry. Its members led heroic strikes. They fought for labor unity, and engaged in united electoral activity with other currents in the workers movement. They were in the forefront of the struggle for democratic rights.

Ten years later, the party was destroyed. Most of its founding leaders were expelled, and three quarters of its membership dropped out. The Communist Party abandoned the program it had adopted in its early years, and turned its back on its principles.

The organization still called itself Communist, but it was now "Tim Buck's Party." It had been transformed from a revolutionary party into an agent of the new ruling caste in Moscow. In Canadian Bolsheviks, Ian Angus describes and explains the first attempt to build a Leninist party on Canadian soil, showing why it succeeded so well at first, and why it ultimately failed. The Second Edition of a book that has been widely hailed as a path breaking work, "the best yet to appear" on the origins of Canadian communism.

Ian Angus has written extensively on labour and socialist history. He is Director of the Socialist History Project, a division of South Branch Publishing that focuses on documenting the revolutionary socialist tradition in Canada. For further information on the Project, visit www.socialisthistory.ca