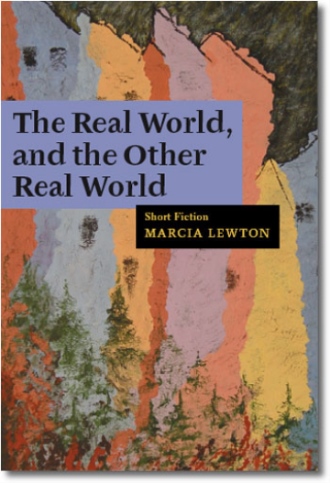 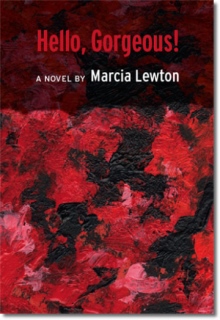 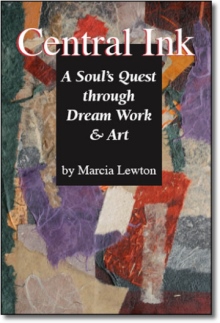 The feature these fifteen diverse stories have in common is the humor that comes of pushing the reality of ordinary life just a few inches over the edge. In the first story, Duke Drunk in the Driveway, a family funeral turns into a double funeral seen through the eyes of a little girl, Gwennie, who also tells the story in Webs. Family shames and secrets are observed by a sharp-eyed child whose parents each try to win her allegiance against the other. The Knitting Nancy and Pastures White with Clover are both told by women at the other end of life, one celebrating her 80th birthday by imagining inviting people from all her old address books to a party, the other wheeling out of the nursing home to go searching for her Own True Love.

The real world looks familiar enough in Ephesus, New Jersey. Here a young wife, cowed by the moral correctness of her husband, gets help from the ancient Greek philosopher, Heraclitus, as she takes her own stand. In Gorgonzola Suns a painter is encouraged by her husband through a bad day at an art fair. A letter carrier visists Alaska, in The Frontier, where his dream of eagles helps him break his attachment to a fickle woman. A grieving father in Concordia awaits the arrival of his paranoid son, trying desperately to stay in the present moment and not be overcome by memories of the past and worries of the future.

Reality begins to escape the envelope in When the Gift Fits, when a young man finds himself the recipient of a mysterious gift that will teach him something he needs to know as he discovers its meaning. The mother of an endless brood of children escapes her family in Amelioration to live in a mini-warehouse.

The next two stories in this collection are written as though the world were perfectly ordinary, but is it? A young man in The Almost Perfect Flaw discovers that his attraction to the perfect woman, who is "frail and light enough to carry in his arms with her long, dark hair swinging down over his elbow-- stricken down in youth by a death that did not leave marks." Longing to be respectable, he has to settle for a woman who is only almost perfect. The heroine of Change at the Fortune Cookie Factory inherits the family business and enhances both divisions, dough and fortunes, far beyond what her parents had accomplished.

In the last two stories we move into a more altered realm. The Other Real World begins when a woman gives birth to twins, one of which is a bear cub. Raising the twins carries her into a realm of possibility other than city government and shopping malls. And the narrator of Melanchthon and the Process Server tries to save her numerous babies from disappearing from a house with sixty-five people living in it. "I can believe that there are already sixty-five only by counting them as they leave each morning to forage for their contributions to the daily soup. It is not possible. I compared the area of the house with the area of a person lying down multiplied by sixty-five; it is not possible. But there they go, out the door with their foraging implements: knives, hooks, nets, ropes, a Bible, a can of Dog-Away by which we snatch choice bones, and a ragged five-dollar bil. Sixty-three, sixty-four, sixty-five."

These stories deal with life's tough issues, but always the humor rescues them from heavy solemnity.

Marica Lewton, writing as Marcia Blumenthal, has published stories and poems in literary magazines and collections and is the author of a poetry chapbook, In the Heart of Town, Still Digging, published by Barnwood Press. She is also the author of an instructional memoir, Central Ink - A Soul's Quest through Dream Work and Art, which includes stories, poems, and pictures related to the dream work she did when recovering from a series of traumatic events. Central Ink is also to be published by Trafford Press.