ADVOCATE FOR THE NORTH

Judge John Parker His Life and Times in the NORTHWEST TERRITORIES 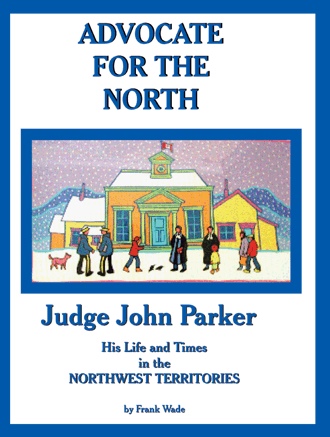 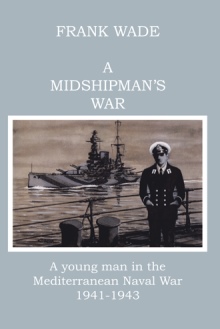 Told through the life and experiences of Judge John Parker, this book is about the Indians and the Inuit of the territories, English explorers, the RCMP, the religious missions and white settlers, trappers, prospectors, miners and government administrators in far-off Ottawa. It tells of the Yellowknife Gold Rush (as interesting as the Yukon's and little known), bonanza and fiasco gold mines, mining stock gyrations, tragic aboriginal murder cases, overblown nothern white personalities, reindeer and caribou puzzles, fur trade difficulties, chronic native problems and the builing of the Arctic metropolis of Inuvik.

Judge John Parker was a northern lawyer, politican and later a judge who travelled widely in his practice and became aware of the difficulties and the promise of the north. He was a fiery speaker who came straight to the point, sometimes upsetting the establishment.

When elected to the Northwest Territorial Council he spoke out on the dreadful conditions of the native population. He was a man of humour and humanity; a visionary and a sparkplug, as he has been called by a well-known northern journalist, Erik Watt. He says nothing but good for the future of the north.

The famous northern Canadian Territorial Judge Sissions and the great Canadian public servant and secretary to five Canadian Prime Ministers and NWT Commissione, Gordon Robertson, are mentioned as well as the interesting anxious elected white members of the Territorial Council who strove to better the conditions of the native population, especially John Parker.

The author, Frank Wade, was born in Brandon, Manitoba, Canada. In WW2, he was a cypher officer on the staff of the Commander-in-Chief of the British Mediterranean fleet, the famous Admiral Cunningham, and is the author of a book about his experiences: A Midshipman's War, a young man in the Mediterranean Naval War 1941-1943. He currently lives in West Vancouver, British Colombia, Canada.

For more information about his books, visit www3.telus.net/FrankWade