Sing Me No Sad Songs 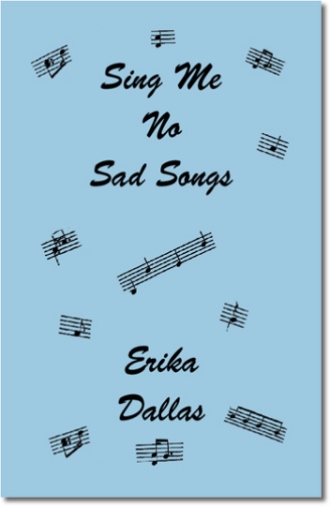 Alanna Wayne's perfect world, centering on her songwriting career, her husband of seven years, Stephen, and their young son, Mark lies in Shambles. Stephen walks away from their marriage and Mark is killed in an accident. Brokenhearted, Alanna nonetheless holds on to the hope that Stephen will someday return. The only consoling aspect in her life are her career, and the never-ending friendship of Liz Markham, her songwriting liason agent, and Jared Kincaid, the recording artist who continues to support her work.
Both Jared and Liz urge Alanna to expand her career and record some of her own compositions. With reluctance, Alanna attempts a recording session, but fails miserably. Still, Jared and Liz continue to advocate her singing career. When Alanna makes a second attempt, the results are overwhelming and this leads her to a chart-breaking recording. She and Jared begin a concert tour together.
Out of the blue, Stephen returns, urging Alanna to let him make up for all that he has done. Alanna is hopeful, but a reluctance to accept Stephen's apparent change of heart.
As the tour with Jared brings them closer, Stephen's insistence that she reconcile with him begins to fill her with indecision. She fears that Stephen may someday desert her again, but her love for him keeps him close to her heart.
Stephen's sincerity is shattered when Alanna accidentally overhears a telephone conversation between him and a woman with whom he has obviously been romantically involved. Alanna learns that Stephen's motivation for a reconciliation, since Alanna had never filed for divorce, centers on a potential career for Stephen and not the undying love he has professed to her.

From a perfect world with a perfect love and a young son who is the center of that world, Alanna Wayne is suddenly thrust into a world without love and without that loving son. "I'll be here for you until the end of time," Alanna had told her then-five-year-old son, Mark. How could she have known how soon the end of their time would come, and how will she find the courage to get back her life without him> "I never stopped loving you," Stephen told her as he pleaded his case for reconciliation. But somehow Alanna is uncertain about his sudden change of heart. Perhaps he had hurt her too deeply when he walked out on her several years before. Perhaps the deep wound would never heal. But Alanna had loved Stephen so desperately in the beginning. Should she trust him now or take her heart and run away?

In the author's words:
"Born in the coal mining town of Mt. Olive, Illinois, the family moved to Salem, Illinois when I was 6. Graduated Salem Community High School and married just prior to graduating High School. We had six children.
We moved to New Mexico where our youngest son was killed in an acccident and my husband passed away a few years later. I still live in New Mexico and thrive on various activities, not the least of which is writing.
I raise purebred dogs and Persian cats as a hobby, and am an avid league bowler with a not-so-high average."