Peccant Luther and A Tale Told By A Sleeper 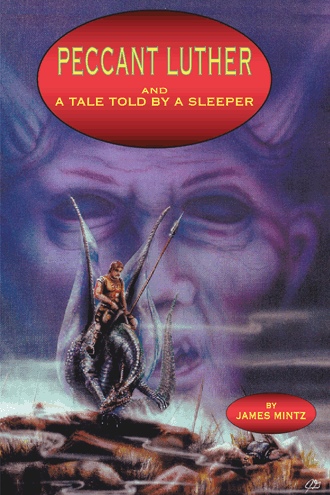 This unique book consists of three novels of fiction under one cover - THREE for the price of ONE!


Book one is a story about the origin of a terrorist plot, and the background of the man who enters the United States to carry it out. His weapons of choice are the same as those said by many to be under current development in both Iran and North Korea. Such weapons, in this second decade of the twenty-first century, are sought after by numerous rogue terrorists currently operating in the Middle East, and the fact that so many of these people are mental pigmies does not alter the fact that they are dangerous. The central figure in Book One is Luther Fama (his assumed name), a man who speaks and writes perfect English, and who is living in America legally. He has established himself as a productive member of society, while secretly "Sleeping"; he would, but for a crucial lapse of memory, carry out his savage plan.


Books Two and Three are a fascinating tale told by Luther Fama himself. Wild and loose, the scenes erupt verbatim out of his cunning terrorist brain, chronicling his raw contempt for America's mores, values, and political system. He believes America is both corrupt and decadent, and his story demonstrates why he would not hesitate to murder her millions, and poison her lands for thousands of years. He writes with black humor, and the result is one of the most unique, powerful, and savagely entertaining stories ever written on the subject of Terrorism and the terrorist mindset. Books Two and Three underscore Luther Fama's point of view, and define many of the terrorist attitudes which we, as Americans, must overcome if we are to defeat this worldwide blight, and live in the safety of old.

James W. Mintz is a vetern of the U.S. Navy and has seen hatred and resentment of America first hand. He holds a Master's Degree in English and has published two novels. He is a private pilot and an avid boater. Peccant Luther, which was begun as a study in tyranny, has been years in the making coalesing into its present form only after 9/11.