Someone to Walk With 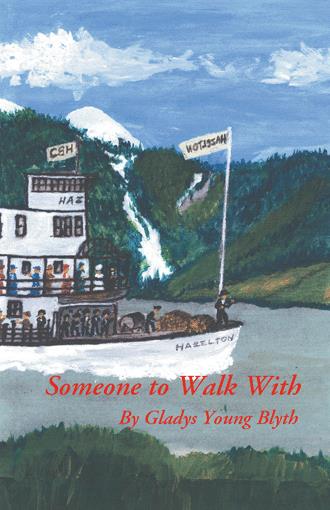 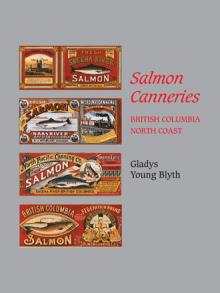 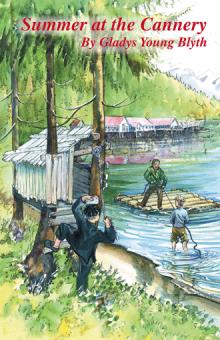 The year is 1910 and Tommy Vincent of Vancouver, British Columbia, almost seventeen, has just completed grade eleven. A tragic boating accident, taking the lives of his parents, jolts him out of his life of youthful complacency. Adding to the trauma of the tragedy, Tommy's guardian uncle informs him that he was adopted as an infant. Tommy's real parents are a White man and an Indian woman. He also has a sister, a year younger than himself living in the coastal interior town of Hazelton in northern B.C.

On impulse, Tommy boards a ship bound for the frontier town of Port Essington on the north coast. From there he travels by paddlewheel river boat 180 miles inland along the Skeena River to Hazelton, known locally as The Forks or The Junction. With no clues as to his sister's name or whereabouts, his mission is to find her and to learn something of his roots.

From a vantage point on the bow of the riverboat, the Hazelton, Tommy sees first-hand the construction of the western portion of the Grand Trunk Pacific Railroad, Canada's second great transcontinental railroad, as it parallels the rugged and impervious shores of the mighty Skeena River. Along the way, he meets settlers, pioneers, prospectors, trappers, gamblers, telegraph linemen, wood-cutters, speculators, Corkscrew and Maybelle.

At The Forks, Tommy naively thinks he will find his sister right away and return to Vancouver on the next riverboat. However, he runs out of money and has to work as a wood-cutter and as a partner in a trapline venture. The harsh reality of frontier life, in a burgeoning dynamic segment of history, not only changed Tommy but changed the northern region of the province forever. The impact bluntly shaped him into a man of compassion, tolerance, resourcefulness and purpose.

Gladys Blyth was born in Squamish and raised in Bella Coola, BC. In 1940, she married Alex Blyth of Victoria, BC. After the Second World War, they moved to Port Edward, BC, fourteen kilometers south of Prince Rupert where Alex worked in the salmon canning industry. Together they raised four sons and four daughters. Blyth and her late husband, have sixteen grand-children and six great-grands.

Through her love of children, Blyth taught Sunday school and kindergarten classes, and worked with children from Social Welfare Services. She served on the School Board of District 52 in Prince Rupert for six years, representing the Port Edward School. As a writer, photographer, reporter and researcher, beginning in 1960, Blyth developed an insatiable interest in the history of the north coast, particularly the Skeena River and attendant industries. Her writing and photography have been published in books, magazines, newspapers, journals and pamphlets. Books published are Salmon Canneries, British Columbia North Coast, Wales Island, When God Opens the Door, and The History of Port Edward. A children's book, Summer at the Cannery, is yet to be published.

From 1970 to 1990, with her overall knowledge of the history of the fishing industry, Blyth spear-headed the acquisition and restoration of North Pacific Cannery, a derelict salmon canning plant at the mouth of the Skeena River. The plant, subsequently designated a National Heritage Site by Parks Canada, is known as North Pacific Cannery Village Museum. It is now a popular tourist attraction, research and education center. And children, on field trips from schools locally and from across Canada, visit the Site to learn first hand the history, culture and fishing methods of one of British Columbia's leading industries.

A highlight for Blyth, resulting from her years of community work came in 1989 when Brock House Society of Vancouver selected her as their sixth Senior Citizen of the Year for the province of British Columbia. At the gala ceremony, she received a gold medal and a number of accolades.

Out of the wealth of her past and her continued love of children, Blyth has now moved into writing historic novels for children and young adults.