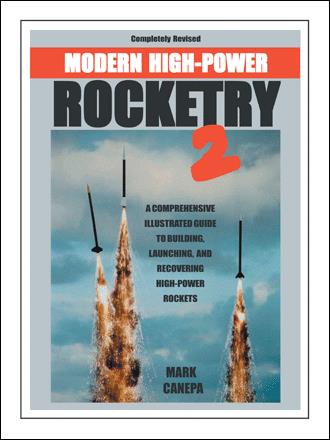 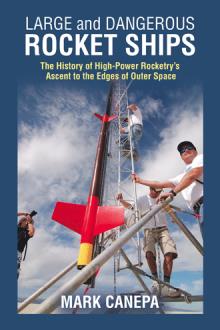 This Second Edition of Modern High-Power Rocketry contains more than 800 photographs and illustrations specifically created to introduce the model rocket enthusiast to the exciting world of high power. Completely rewritten, photographed and designed, this book provides tips and simple advice on motor retention, ejection charges, the high-power launch and building your first Level One, Level Two and Level Three rockets.

Mark Canepa is a member of the Central California and South Carolina chapters of the Tripoli Rocketry Association, an international organization devoted to the subject of high-power rocketry. He is also a member of the National Association of Rocketry. He is the former editor of The Central Valley Rocket News and he has authored numerous articles on high-power rocketry that have appeared in Extreme Rocketry and Sport Rocketry magazines. His coverage of rocketry events includes launches throughout the United States and in 2004 he covered LDRS23 for Extreme Rocketry.

Mark flew his first model rockets by Estes as a young boy and then as a teenager in the San Francisco Bay Area.

In the mid-1990s he discovered high-power rocketry and has since flown rockets at local, regional and national events. Mark has successfully obtrained his Level One, Level Two, and Level Three certifications, and in 2000 he held Tripoli's national altitude record for clusters in the Open Class.

In his professional life, Mark is a trial attorney, who has practiced in California for sixteen years. his articles on the legal and medical profession have appeared in state and national periodicals including California Lawyer, California Physician, Kitplanes Magazine, Medical Economics, Los Angeles Lawyer, and Civil Litigation Reporter. Mark is also licensed to practice law in the states of New Mexico, South Carolina, and North Carolina. Mark received his undergraduate degrees in history (1985) and journalism (1986) from San Francisco State University and his Juris Doctorate from the University of California, Hasting College of the Law, in 1988.