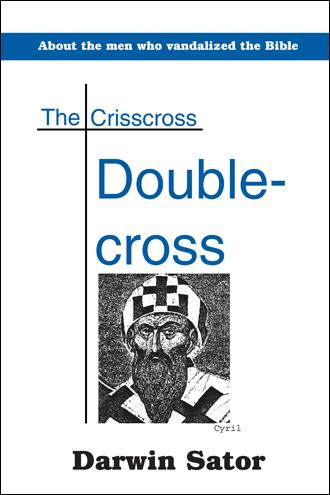 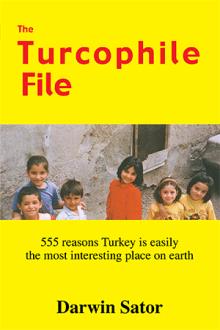 All of his life, Darwin Sator wondered why the New Testament contains so many appeals to hate and prejudice, why it so often contradicts itself, and why magic, as opposed to wisdom, has become so important to Christians.

Following in the footsteps of a mystery man, a genius he calls The Illuminator, Sator believes he has found the answers. According to the author, The Gospel of Jesus was vandalized (in essence, rewritten) 1,500 years ago in Alexandria, Egypt, by a group of men who had a lot of interest in building a church and promoting themselves, but very little dedication to the teachings of Jesus. Sator believes, furthermore, that the damage to The Gospel(s) can be undone to the satisfaction of most reasonable men and women. Amazing? Yes, it is. You must see for yourself. You owe it to yourself.

At minimum, The Crisscross Double-cross is a riveting historical mystery based -- as everybody claims nowadays -- on real life.

While relating how The Gospel was sabotaged, Sator proposes a number of secondary theories, among them: that Peter and Paul never saw Rome, that Matthew, Mark and Luke didn't write gospels, and that Paul may not have authored any of the epistles. It is very possible, he says, that at least four of the five never even existed.

You might ask, "Who is this crackpot?" and while Sator doesn't believe he's a common-variety Bible nut, he concedes that he'd be the last to know. "You're invited," he says, "to read the book and draw your own conclusions."

This is the first and probably last, book for Darwin Sator, a 70-year-old retired newspaperman with a mission. He is a graduate of Ohio State University, a former U.S. Air Force officer, a veteran of 35 years in journalism, and a would-be friend of Jesus.

He retired a few years ago to the small town in Ohio where he grew up.