History and Status of American Physical Education And Educational Sport 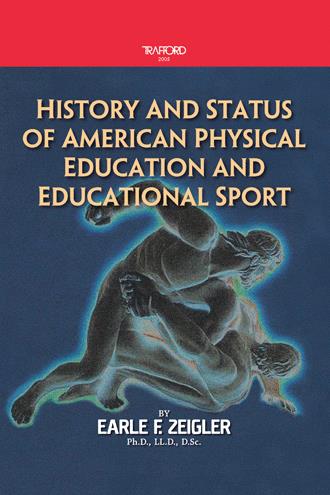 Earle Zeigler is semi-retired from professional and scholarly endeavor. A dual citizen of Canada and the United States, he has taught, researched, and/or administered programs at Yale University (1943-49), The University of Michigan (1956-63), University of Illinois, C-U (1963-71), and The Univ. of Western Ontario (the latter from 1949-56 and 1971-89). His primary areas of scholarly interest have been in the history and philosophy, management, international & comparative, and professional preparation aspects of his field in education. All together Zeigler has published 39 books and monographs and 405 articles. In addition to receiving the top three awards in his field (Hetherington Award, AAKPE; Gulick Medal, AAHPERD; Alliance Scholar-of-the-Year, 1977), Zeigler has been recognized by election to Who's Who in Canada, Who's Who in America, and Who's Who in the World. He has received two honorary doctorates (LL.D., 1975, Univ. of Windsor, Canada and D.Sc.,1997, University of Lethbridge, Canada).