Revenge of the Hero 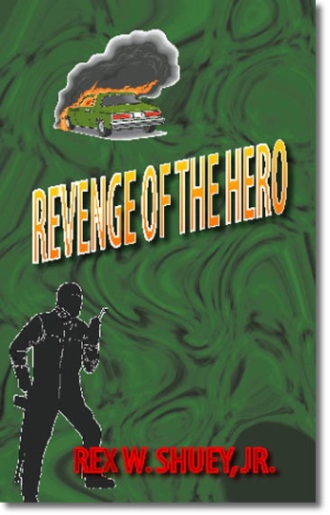 Our reluctant hero has returned and revenge is on his agenda after a car bombing by terrorists kills his wife while they are on their honeymoon in Rome, Italy.

Set in the backdrop of Italy, Michael A. King has returned in this sequel seeking revenge for the terrorist group that have killed his wife and are attempted to destroy him and all those associated with him.

He solicits the help of his long time friend Roy Roper to put a stop to this rein of terror that has been controlling his life since that date back in January 1991 when the Gulf War began.

With each step he takes the terrorists seem to know ahead of time and are waiting to terminate him.

Will our reluctant hero be able to piece the puzzle together and find those responsible for his wife's death, or will he become their next victim?

In a compelling climax thatwill leave the reading gasping, Shuey ends a powerful second novel with a complex hero you will be rooting for.

It is an action packed tale, right up to the surprising finish...a page-turner of nonstop action thatshould leave readers begging for more.

After nearly a quarter of a century in the U.S. Army, author Rex W. Shuey, Jr., retired as a Sergeant Major and is now living in Italy with his Italian-born wife, Maria.

Shuey was born in Torrington, Wyoming and raised in Indiana. He entered the U.S. Army in 1962 as a Military Policeman, and served in South Korea, Germany, and Italy, in addition to the United States. He graduated from the Sergeants Major Academy in 1980, and obtained an Associate in General Studies from Central Texas College.