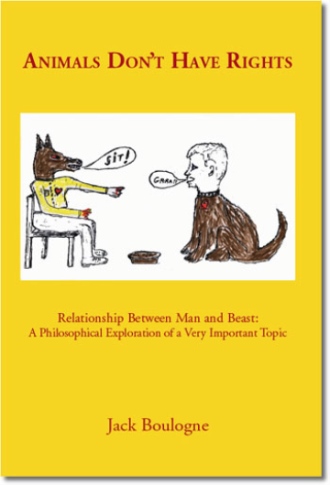 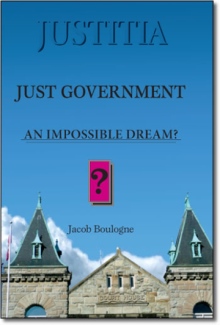 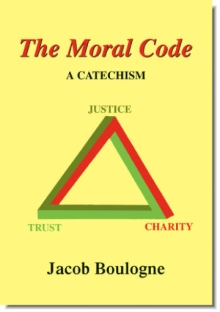 This book is written for a general audience but it remains philosophically serious though humourous in tone. Animals rights is a serious matter of concern for law makers but common ethical propositions are often dead wrong. Animals do not need rights to be treated decently and human rights are always prior to animals.

Jack Boulogne was born a long time ago on a straw mat in Indonesia. When he was six he and his mother and sisters were put in a Japanese concentration camp. For three years he didn't see his father, who was in a different camp.

After the camp years, things improved considerably. The family spent a few years in Holland, and then moved to Canada, where Jack had a successful high school education, and was class Valedictorian, not really deserved, because Esther Williams got one percent higher scores in the government exams. After working in a bank, which was interesting, he studied at the University of British Columbia in Canada and got a general degree in physics and mathematics.

After some employment and some unemployment, Jack took a dangerous decision and entered the teaching profession, where he taught roughly fifteen different courses, but mainly Physics courses. He, in the meantime, got a masters degree in philosophy, his main passion being the study of moral reasoning. He was able to slip a philosophy course into his high school curriculum, and when that was successful, in terms of student interest, he sneaked in a new course on moral reasoning called Ethics 11. Since hardly any materials were available, he wrote a textbook called "Handbook of Practical Morality" which much later turned into "Morality...Is a 4-Way Stop'.

Things did not go well for him after this, and he started to have serious health problems, and boldly quit teaching, which is a heroic act.

With modest funds, he became a landlord and managed to eke out a modest, but relatively happy existence. In his later years he designed and built two houses, being at heart an engineer and inventor. He still lives today in the second lovely house with an absolutely lovely wife, with a supremely lovely view of Georgia Straight and Mount Baker, and steadily turns out as many books as he still can.