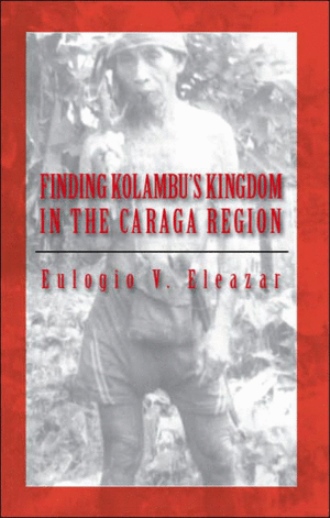 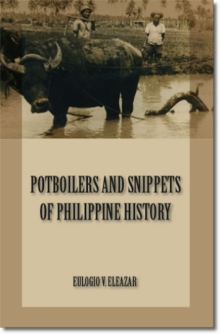 Dozens of unrecognized and therefore unidentified facts and data, on and after 1521 when this subject kingdom was first noted by a European chronicler in a voyage to the Philippines are now in this book. Among them are the treasures in King Kolambu's Kingdom found in the 1970s and 1980s by accident and later by pot and treasure hunters; the major tribal people and their descendants existing up to now in this region; the trained baganis or tribal warriors who existed until the late 1990s albeit the abandoned their pillaging and killing habits on the 1930s for fear of their annihilation by the American-led Philippine Constabulary; how they changed their self-conferred titles of baganis to datus. How the tribal peoples entertain themselves and the meaning of their languages; the establishment of a short-lived neutral government in Caraga Region, with clear theocratic hues in 1899, and the only on in the Philippines; the so-called "Sins of our Father" or the abuses of the Iberian and Dutch missionary priests; some excesses of the Spanish and American civil and military officials in the region.

This book also tells of small towns that produced top military generals — one of the Philippine-American War (1898-1914) and two on the post American period Philippine air Force military service.

Included here are the unheralded regional catalysts and the perils encountered by the provincial journalists in war-torn Mindanao where Caraga Region or Kolambus kingdom in 1521 is located.

Eulogio Eleazar was born July 3, 1931 in Cantilan, Surigao del Sur the modern town of Kolambu's Calagan or Calagdaan. He has been a lifetime member of the Philippine National Historical society since 1981, a roving correspondent of The Manila Chronicle, a prize-winning short story writer in the Philippines, and a former president of the Surigao-Agusan Correspondents Club.

He is married to Morna Argente Armesto of Nagcarlan and Calemba, Laguna, and of Kawit, Cavite for 45 years now. She was born on January 21, 1936. Together, they have three children: Eileen May, Eric Norman and Evan Oliver, and five grandchildren: Ralph Gerard, Geraldine may and Andrea Paula from Eileen and Rafael Miranda Domingo: Matthew Jacob from Eric and Ma. Corazon Sabejon Acuna, and Mary Francine from Evan and Ma. Carmelita Ferraris Leyva, the younger.

He and his wife live in Irving, TX, U.S.A; their children and grandchildren live in Metro Manila, the Philippines.