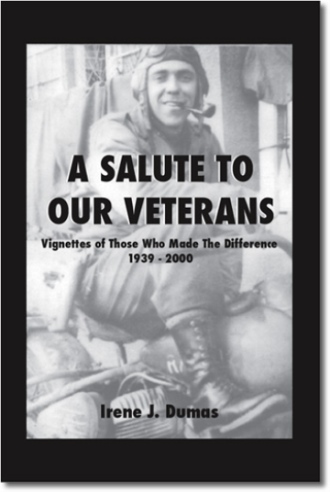 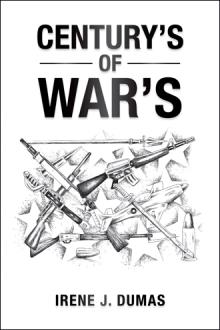 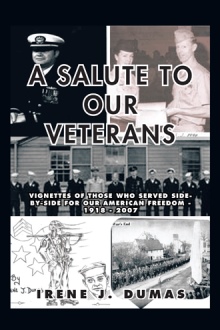 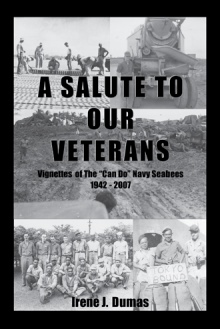 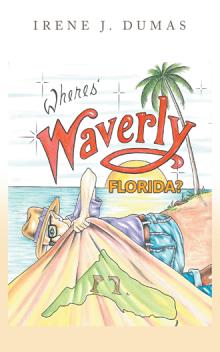 A Salute To Our Veterans is a book about individual stories that veterans have told the writer during interviews, what they did as youngsters, about when they were old enough to go to war, where they signed up, went to basic training, what unit they served with, and where they fought during the wars.

In the book are stories never told before by 29 veterans of World War II, 10 Korean War veterans, and six veterans from the Vietnam War and others.

In the book are sailors, solders, marines and Air Force men. The stories mention the ships they were apart of and the ships that carried them to battles.

The World War II veterans have told me stories of battles that they fought 60 years ago, and they are still fresh in their minds. It was amazing that when I put it down on paper, they wanted to check to see if I was as precise as they were. They never forget.

Some people that read the stories will be able to relate to them, for they may have been at the same battle. Readers may find in my book someone they use to know, a lost comrade. The veterans remembered the units they fought with also.

There is also a whole history of events that took you back to places during the wars. One of the veterans gives a full detailed story about his experiences in Vietnam, when he was fighting during Vietnam's worst fighting, the Tet Offensive and Khe Shan Operations. It also features a US Marine stationed in China after the end of WWII.

After reading this book, you will be more aware that there are veterans like the ones in the book in your neighborhood. You might even want to give them one of these books for a gift.

Born and raised in Trenton, New Jersey, she lived in Moorestown, New Jersey before her retirement from the New Jersey Department of Environmental Protection, where she worked as an administrative assistant. Now retired, she is a resident of Waverly, Florida, moving there in the summer of 2004. She had written a small book about some veterans in 2003, and was impressed by how the men so bravely and selflessly served the country, how they have maintained their spirit and zest for life, and are still a credit to their communities. The encouragement that she received was why she decided to write this book.