The Back of the Whale 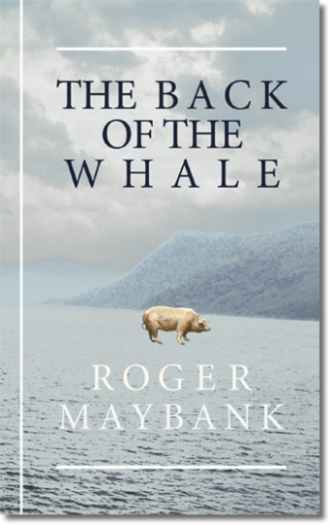 The story begins with an old hermit on a rocky island in the Atlantic ocean, for whom the whole world is himself. He becomes slowly aware of people being carried towards him in a coracle. Four people: a man, Brendan; a woman, Maeve; a young woman, Miranda and a young man, Mouse. And pigs, a number of pigs, their food. They have been many days on the ocean, touching at islands which sink away under their feet, searching for the rock on which the hermit sits unmoving, taunted by the voice of 'another', who tells him of the nearer and nearer approach of the coracle, and of their reaching his island, and living on it by the shore. He accepts the presence only of one, Brendan, for whose return he has been waiting, in sorrow, many years. But even him he can see only in shadow, and in what he is told by the 'other', who becomes the narrator of the lives of the people on the shore; and enters their lives; becoming, in a sense, Maeve's lover, entranced by both her beauty and her mockery. In magical manner, he recreates the island as it once was: rich and fertile, and with a city on its shore with fine buildings and many people, who are now only wraiths through whose bodies Mouse scornfully pushes his hand. He and Miranda explore the island, which appears, after all, to be floating like all the others, and to be harbouring in its depths an angry giant. Of whom Brendan, reaching in to the hermit in his cave, comes to sense the source and energy

Born in Winnipeg and lived there for twenty years. Not often since. After university in Britain and some European wandering, he lived in Greece for some years, on an island, writing. Returned to Canada, to live on the west coast, where he began to write plays. THE BACK OF THE WHALE is his seventh novel.