To the Far Corners 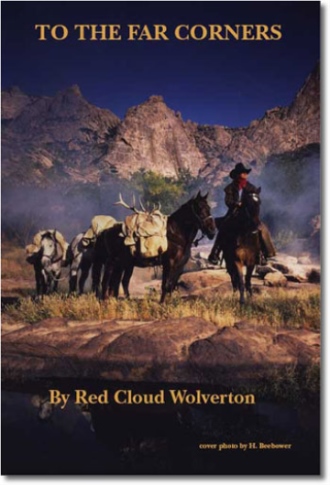 To the Far Corners is a novel about a comtemporary cowboy (from 1930 to 1960), who spends half his life hunting and being hunted by a man who wronged him.

The story, in flashback form, has ÒBooger RedÓ telling his wife and daughter, Annabelle, of the holes in his past, as they read the journal he has kept secret for many years.

Starting with his earliest memories, of losing his parents and being out on his own at fourteen, Red finds work as a cowboy. Drifting through good luck and bad, from hard times to windfalls, he finally reaches the peak of happiness at his marriage to his true love; only to lose everything within a year. Consumed with hatred, he goes to war, searching for the man who caused his grief.

He returns home wearing another manÕs name, and in trouble with the law. He tries to start a new life, but again and again, his past calls him away; until he and his adversary finally meet.

Unknown to Red, the outcome of this ÔmeetingÕ is witnessed by Annabelle. When Red realizes what has happened, he tells her that he will do whatever she decides after reading the journal; whether to call the police and have him arrested; whether he should leave home forever, or if she can accept what he has done so they can go on with their lives.

ÔRed CloudÕ, as he is known in the cattle country, has been a working cowboy and horseman all his life. Raised on a ranch in Colorado, he quit school at sixteen and went to work breaking mules to drive for the ZX Ranch at Paisley, Oregon, until he got hired on Ôwith the wagonÕ. ÒAll I ever wanted to be was a Ôbig ranchÕ cowboy. The first 30 years of my life, I didnÕt know I could make a living if I wasnÕt ahorseback. I liked punching cows, riding broncs, and driving fast horses. I took part in a stagecoach holdup at a rodeo, which eventually evolved into getting one of my own and breaking 6-up hitches of Morgan horses to pull it. Two of the highlights were our 1976 stagecoach trip from St. Joseph, Missouri to Sacramento, California; and our invitation to President CarterÕs Inaugural Parade in 1977, representing the 17 western states. We started providing horses for the movies in 1975 with ÔWhite BuffaloÕ. Been at it ever since, including ÔTombstoneÕ, ÔThe; AlamoÕ, and ÔInto The WestÕ.Ó

His first published work was the story of the Bi-Centennial stagecoach trip ÒStagecoach 76Õ, in ÔThe Tombstone EpitaphÕ. His current stories in ÒThe CowboyÓ magazine are of his life as a working cowboy.

Red lives lives with his wife on their horse ranch near Tucson, Arizona.