Nothing Can Happen Without It 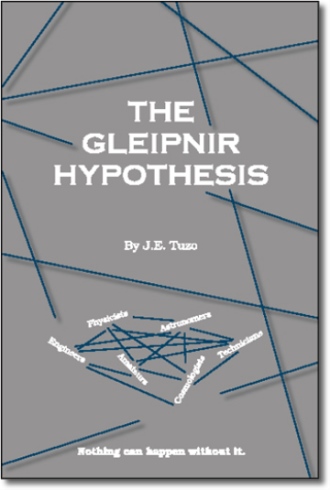 Anyone with a keen interest in physics, electronics, astronomy or cosmology will enjoy this book. The forces of nature are examined and interpreted in a different way, with surprising results. Readers of magazines such as Scientific American should have no problem understanding the common sense narrative.


Newton told us that every particle of matter in the universe attracts every other particle with a force directed along the line joining the particles. The author tended to take Newton's observation literally because it just felt right. Armed with that still abstract concept of "force lines", the mechanism by which an electric field "produces" a magnetic one and visa versa, started coming into focus. Just why an electric field, a magnetic one, and the axis of motion were always mutually perpendicular suddenly made sense. Any possible explanation for this unique 3-axis mechanism must of necessity belong to a very limited set. Since "force lines" also seemed to be fundamental to gravity, it was more likely THE explanation.


The author realized he was onto something and continued refinement of the concepts. It then became apparent that the principle could be expanded to explain other interactions. Nothing was taken for granted and existing theories were temporarily ignored in favour of original experimental results. As each property of force lines was posited or modified, everything had to be re-checked against all phenomena explored. Needless to say it became a lengthy 18-year reiterative process with countless dead ends. The final result now seems quite simple as a new synthesis of existing knowledge, (and does not invoke umpteen dimensions or universes).


Only a few fundamental properties are used to explain so many phenomena, and in ways that actually make sense. It turns out that the complexity in nature is due to those few properties modified by dynamics and probabilities. As the author went through existing theories old and new, the baby was not "thrown out with the bath water" on each transition. The amazing result is that force lines turned out to be the one thing that was missing in all existing theories and ironically, the one and only thing that could fit them all together. Einstein and Newton were both correct; in fact all of the masters were essentially right. This concise book has one revelation after another, from explaining inertia to new forms of matter, and begs to be read more than once.

James E. Tuzo became an electronics hobbyist before high school in the 1950's, and spent his whole working life in that field. He has worked on every type of communications electronics from land line telegraph and Teletype to satellite transmission and digital compression technology. From Canada's arctic to Australia's sunny coast he performed as technician, technical writer, trainer and engineering associate. His conscious decision to not get too embroiled with scientific academia allowed him satisfying and rewarding employment while pursuing deeper interests on his own. He cherished the freedom to study many disciplines at his own pace and without pressures to "conform, accept all conventional wisdom, and get on with it".


Children all go though a stage of asking "why, why" but this individual is still asking "why, why". After all of those questions, retirement finally offered the opportunity to commit the hard come by, and deliberated answers to paper.