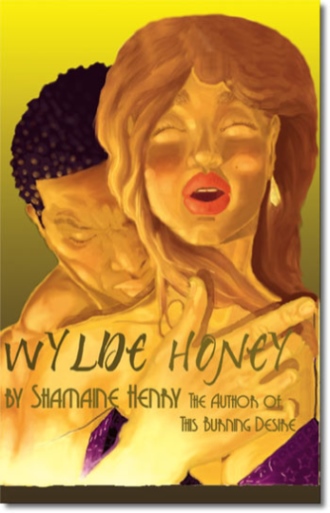 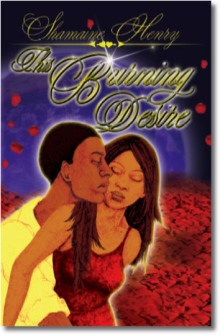 Jeanile Graham had everything she wanted out of life. Surrounded by close friends, a loving family and a promising professional career as a therapist ahead of her, she had everything she needed. Or so she thought. Until that fateful night she first met Ravenell Wylde. That night...everything changed.

Confident, attractive and possessing an intelligence to match hers, Ravenell was nothing like the men Jeanile had dated before. After breaking through her well-established defenses, she had to admit that Ravenell seemed to be everything she ever wanted in a man. And the more time she spent with him, the more she discovered how to let go of herself, her fears.

And how to give in once again...to his love, to his passion.

But when Jeanile happens to be in the wrong place at the right time, their relationship takes a startling turn for the worse. Unable to recover from her newfound pain, Jeanile does the only thing she can. She runs. Runs from the best man she had ever met, into a future that's both frightening and alone.

Now, four years later, Jeanile is a mere shell of what she once was. After estranging her friends and avoiding her family, she buries herself in her work, traveling the world as a renowned therapist. Respected on the outside but sadly hollow on the inside, she dreads the week to come as she boards her latest international flight.

She was prepared for what lay ahead of her, but her plans are suddenly thrown into a whirlwind as she recognizes one of her fellow passengers. The past and the present collide as she stares into the eyes of the one man who gave her life, only to take it away in a split-second.

In the next seven days, Jeanile will learn what it means to be loved, betrayed, and decide whether she has the strength and courage she needs to face her greatest fear: losing the love of a lifetime.

As a longtime reader of romance novels and a respected critic of contemporary, multicultural romance novels for the Romantic Times Magazine, Shamaine recently decided it was time to transition into the role of a writer. After extensive amounts of research, she soon realized that making the shift from avid reader to published author can be extremely difficult. Difficult, but not impossible. Thus, with the publication and success of her first novel, This Burning Desire, Shamaine soon began to take the first of many steps in establishing herself as a leading romance novelist.

Raised in New York by way of Jamaica in the West Indies, Shamaine is gifted with the ability to tell a story with creativity and flair. Readers will crave the flavor of the Caribbean Islands mixed with a healthy dash of New York chutzpah. Shamaine uses her heritage, personal experiences and vivid imagination to create a cast of interesting and intriguing characters that will capture the interests of even the most passionate romance reader.

Wylde Honey is Shamaine's second novel, and she hopes that readers will enjoy reading it as much as she enjoyed writing it. She is currently employed at a major Park Avenue law firm and is hard at work completing her third novel, Confessions of a New York Nympho.