It's All About Me

A Rather Ordinary Life in Some Extraordinary Times 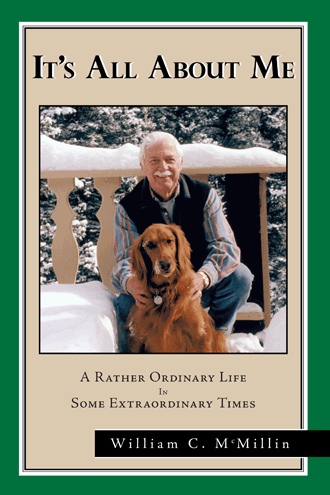 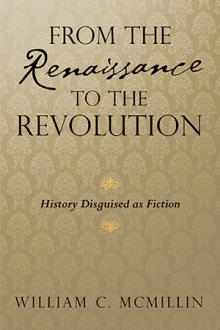 From the Renaissance to the Revolution
William C. McMillin
$13.99

This book is a story of the first seventy-five years of my life and of the times those years covered. The subtitle of the book is A Rather Ordinary Life in Some Extraordinary Times. The life that I have lived has been rather ordinary in that I was born, grew up, went to college, spent a short time in the Army, got a job, worked for a living, raised a family, and retired.

This was going on in some rather extraordinary times. This period covered the Great Depression, Pearl Harbor and World War II, the Korean War, the Cold War, Vietnam, the beginnings of the Space Age, putting a man on the moon and bringing him back, the advent of computers, the Internet, the September 11, 2001, attacks on the World Trade Center and the Pentagon, and the resulting global fight against terrorism. We had one president die in office, one assassinated, one resign from office, and one impeached. We even had one president (Ford) who was never elected president or vice-president. Good Trivia question. We cured smallpox, infantile paralysis, and other deadly diseases. And we invented sliced bread, cell phones, and the Super Bowl. Extraordinary times.

William C. (Bill) McMillin was born in West Texas, grew up in East Texas, and spent most of his adult life working in the Dallas area. In 1950, he obtained a BS degree in Aeronautical Engineering from Texas A&M College. Shortly after that, there was a tour of about two years with the US Army's Second Armored Division in Germany. His career included forty-eight years in the aerospace business, working on aircraft, missile, and civilian and military space programs. He has been married to his wife, Nancy, since 1962. They have two children and two grandchildren.

He still has the slide rule he bought in 1946, which got him through college, and the laptop he bought in 1998, which was used to write this book. These two items are symbols of the changes that have occurred in his lifetime.