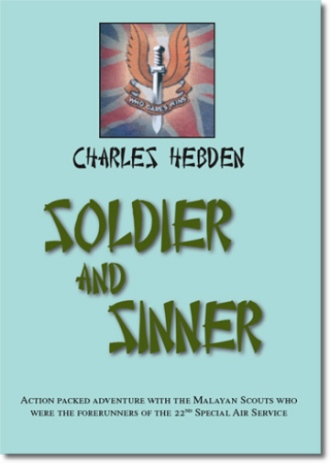 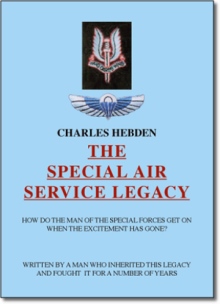 This is an autobiographical story written by a man who served in the Malayan Emergency with the S.A.S. in the 1950s.

As the following extract demonstrates, the author tells his tail with humour, presenting himself as very human. We are compelled to find out even more about the early days of the 22nd S.A.S. and the operations in Malaya.

This story is convincing and entertaining throughout.

Jungle operations were officially known as "Search and Destroy"... However, it must be said that during my stint with the Malayan Scouts the terrorists had either heard that I was on my way and decided to leg it to some distant location, or perhaps they were becoming less and less in numbers. Whatever the reason, I took little comfort from the fact that I was responsible for destroying a fair sized chunk of the Jungle in Northern Malaya, and the chances of destroying terrorists were few and far between.

As a young man I had a burning ambition to become a sailor. This idea was thwarted by my parents who insisted that they needed me to support them in the family home just as soon as I came of an age to do so. In order to avoid becoming tied to the family home, which held few happy memories for me, I secretly joined the British Army as a Boy Soldier in 1947 by forging my Parents signatures on the application forms. I left the Army Apprentices School in 1950, not only with a Technical Trade Qualification, but also with the love of my life Jean Lois who was up till then the School's Telephonist. She was to become my wife and bear me four children, two boys and two girls.

My wife and kids have followed and supported me in my wide and varied travels from England to a number of countries including Malaya, Singapore and Hong Kong with short periods in both India and Nepal, with the Gurkha's. Towards the end of my Military Service we spent time in various countries in Europe and finally when we were free of the services, we spent even more time in Malawi, Zambia and Zimbabwe until finally winding up in South Africa. The number of houses we have lived in, I just cannot remember, but the numerous countries remain vividly in my mind.

My wife and I are now approaching our 55th year of marriage (2007) and I never fail to be amazed at the way we have, together, successfully steered our way through the seas of life both stormy and calm. We now live on Walney Island off the Cumbrian coast.Here with the occassional Gin and Tonic at Sundowner time, we reflect on just what has become us in years gone by.