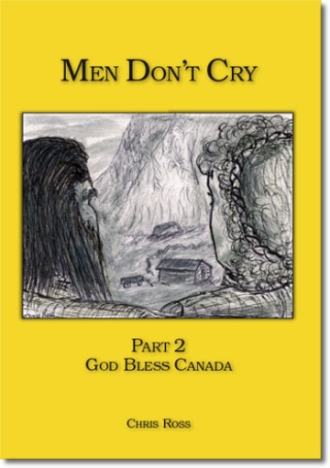 John and Hosea Thomas had been apprenticed to a clothes drier when their father was killed on the job at Woodstock, Vermont. Their boss was impossible to please and at times cruel. Hosea said he could not stand any more of it and was going to run away, which meant he was risking being severely beaten or hanged when they caught him. John, not wanting to lose his brother, planned their escape together. They were to meet at the creek by a large tree. When Hosea didn't arrive in the allotted time, John struck out alone. His hopeful destination was Canada.

For several weeks he traveled through the wildness and across bodies of water, finally arriving in Canada. He knew he was a hunted man, so didn't want to tell anyone where he had come from, or why. He finally fell into the hands of a Christian man who took him in without asking questions, and helped him get started into farming.

After a few years he felt he was well enough established to have a wife, so he met a train carrying women who had come from the British Isles to find a new life and home. He selected a woman and they had six of a family - two girls and four boys, when tragedy struck and they lost their boys.

It took a few years for them to overcome their grief, but when they did, they had two more boys, the youngest of which was named Charles.

For many years I heard about some of the experiences of my Ancestors and was fascinated by them. After retirement from my work life, I decided to write these stories for future generations to have access to. Having been raised on a farm and doing much of the required farm work, I have an understanding of situations that can occur there. I have tried to make this story interesting and readable while sticking as close as I could to the facts.