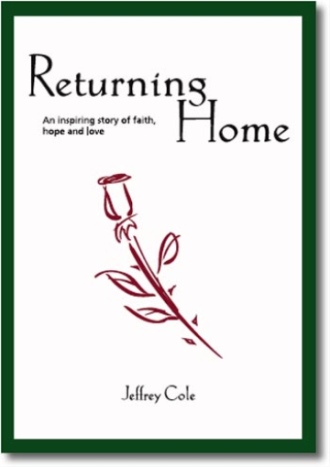 An inspirational true story, Returning Home shares the spiritual journey that author Jeffrey Cole and his wife, Audrey, traveled on as Audrey cared for her father during his final four weeks of life.

With Audrey's father leading the way, the three had experiences that were not of this world, leaving them with no doubts about the magnificence that awaits us all on the other side. Returning Home shares their profound experiences.

Most of all, it's a story about enlightenment and insight.

As the author's father-in-law lay dying in a nursing home bed, he worked tirelessly day and night to resolve his life, to understand his purpose. At the same time, he worked to help his daughter and son-in-law understand the magnitude of what he was doing and where he was going. Their experiences were profound and life-changing. Their view of the world and their purpose here were forever shifted.