by by Dr. Bernard P.K. Yerima and E. Van Ranst 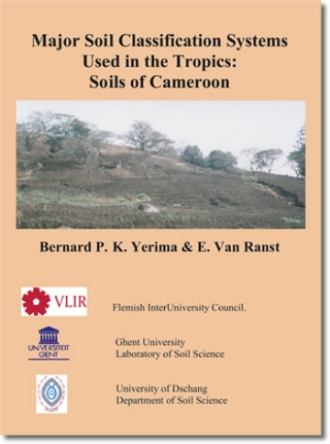 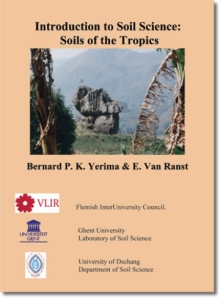 Given that unlike most subjects of other natural sciences, soils on the landscape are not discrete and well-defined entities, but a continuum, their identification and classification after more than 100 years of soil science has remained a contentious issue. This resulted in the development of many rival/parallel classification systems in many countries in both Europe and the Americas. Recently, in 1998 the International Union of Soil Science (IUSS) proposed a new soil correlation system: the World Reference Base for Soil Resources (WRB) which was officially endorsed by all soil scientists, which may solve this particular age old problem. In the main time in the tropics, especially Africa, and particularly Cameroon, three main soil classification systems are currently in use: the US Soil Taxonomy, FAO-Unesco Soil Legend (now the WRB) and the French CPCS systems.

Thus, a good understanding of these three systems is necessary for the correlation of the large amount of documented work in those systems for proper technology transfer in the tropics.. This book examines these three systems in great detail and arrives at a rough correlation among them. As a way forward, since a large amount of the analytical data produced in most laboratories in the developing countries have low reliability threshold for exploitation, it proposes some methods to cross-check analytical data quality before use, as this is central to any meaningful work on soil inventory.

A good synthesis is made of the interrelationships of the factors of soil formation and the main pedogenic processes and how they have helped shape the development of soils in place. Most of this data is collated into a systematic description of the soils in Cameroon, including their classification, origin, genesis, morphological, physical, mineralogical, and chemical properties and the potential management options.

This work is a good synthesis of previous studies on soils of Cameroon up to the present, prepared in a manner that, apart from the student body for whom it is targeted, will appeal to environmentalists, researchers, teachers, agronomists, farmers, policy makers, and those interested in tropical soil science.

Bernard Palmer Kfuban Yerima (1952), PhD Soil Science (1986), M.Sc Soil Science (1983) from Texas A&M University College Station Texas, USA, and B.Sc in Plant and Soils from Southwest Missouri State University Springfield Missouri (1979). Worked from 1974-1977 with the Ministry of Agriculture in Cameroon as an Agricultural Extension Chief of Post after graduating from the School of Agriculture. From 1980 to 1986 worked as Graduate Assistant Teaching/Research in the Soil Science Department of Texas A&M University College Station Texas, and Research Associate in the same Department from 1986 to 1987 after obtaining his Ph.D degree. In 1988 was recruited as lecturer in the Department of Soil Science at the University Center Dschang, Cameroon. From 1989 to 1995, served as Soil Laboratory Procedure Specialist for the Food and Agriculture Organization of the United Nations (FAO), in Bangui, the Central African Republic and in Addis Ababa, Ethiopia. In 1997, served as an FAO Laboratory Procedure Consultant in Windhoek, Namibia within the framework of Agro-ecological Zones study to determine biophysical vocation and potentials of soils in this country. Specific duties involved development/refinement and preparation of analytical and interpretation manuals for soils, water, and plants, and on the job training of Nationals on all phases of laboratory procedures. In 1997, resumed duties as Assistant Professor at the University of Dschang. Research activities are focused on soil properties and interactive mechanisms related to the management of tropical soils, organic matter interactions with the cultivation of selected fruit trees, collection and identification of economic forest tree species and economic plants, medicinal plants, and the relation of the latter to ecosystem and watershed conservation.