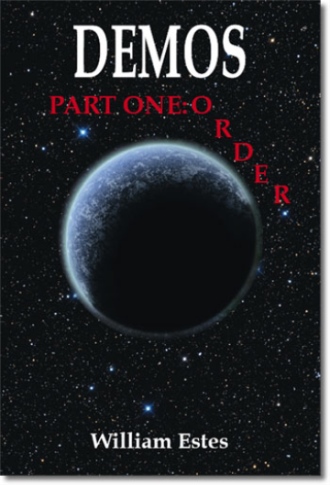 In an unnamed galaxy, all inhabited planets are ruled by right-wing authoritarian police states except one Ñ Demos. Because Demos is a democracy and an open society, the rulers of all the other planets have placed it off limits; Demos is literally the "forbidden planet." Its inhabitants are condemned as "debauched libertines and perverts." While the rulers publicly condemn Demos, they secretly try to get their hands on the forbidden planet's advanced technology, which is far superior to theirs.

The story begins not on Demos, but on the cold and remote planet Glacia Prime. Here two boys, Tom and Will, meet and begin a stormy, off-again-on-again but highly successful relationship. Will is gay. Tom is not. Somehow they manage to overcome their differences, sexual and otherwise, so that they can work together to achieve some seemingly impossible goals. Being boys, they don't know that the goals they set out to achieve are impossible; they try to achieve them anyway. Mature, responsible adults would never have equaled their enormous achievements because they would never have attempted them in the first place.

Shortly after the story begins, Glacia is defeated and occupied by its archrival planet, Indigo. The boys' home village is wiped out in the war; they're the only survivors. Having lost their home, they travel to the planet's capital. There they begin a series of adventures that take them to the far corners of the quadrant. Always, though, their ultimate goal is to return home and launch a rebellion that will liberate their struggling home planet from the harsh yoke of colonial oppression. In pursuit of this noble goal, they only have a chance to succeed because they are willing to attempt the impossible. Will they get some valuable help from the forbidden planet?

William Estes is a 60-year-old gay man who lives in the western USA. He was employed for many years in government service. He is a Vietnam-era veteran. He has a Ph.D. in political science.