The Energy Balance of Relativity

The Theory of Event Concentration and Acceleration for Infinite Time 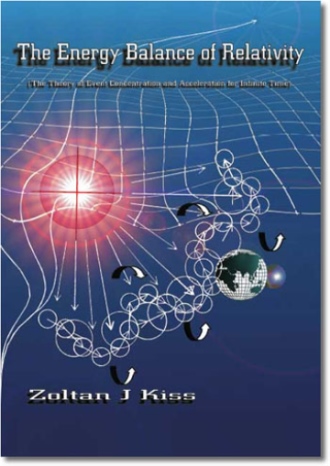 Zoltan J Kiss re-examines Einstein's ground-breaking work on relativity. He uncovers and resolves the significant inconsistencies which he demonstrates impose unnecessary limitations on the full flowering of the theories of relativity.

The energy balance approach introduced by the book shows that the collision of electromagnetic waves with inert bodies or systems of reference in acceleration in a space without gravitational field results in similar effect as Einstein a priori attributed to Gravitation.

The findings of the book are questioning the foundation of the General Theory and state the Euclidean geometry still holds good, but the approach must be changed.

The book offers the correct formula for the time relations of systems of reference in relative motion, characterises the unity of the mass-energy balance, defines new categories of intensity of events and event concentration, describes the motion with v=lim c, the acceleration for infinite time, extends the meaning of Doppler's formula, investigates the blue and red shift of electromagnetic waves and gives the premium formula of the blue and red shift sequence for use.

His energy balance approach brings Kiss to a revolutionary new definition of Gravitation, a definition which offers the world a new source of energy.