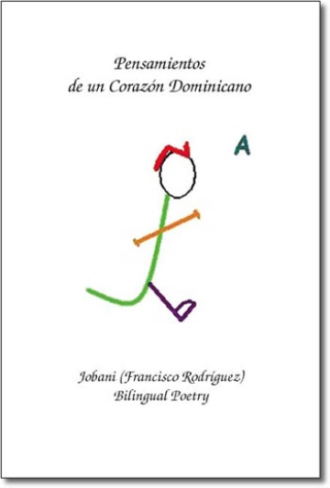 This book is the product of many years of dating and falling in love. I am one of those old-fashioned romantic guys that think the best way to charm a lady is with poetry.

In my book, some poems are in Spanish while some are in English. However, none is in both because literary works, poems in particular, do not translate as well into other languages.

Moreover, I wrote the majority of the poems in my book to girls I had a romantic interest in. Prospect after prospect I kept expressing myself through my poetry. After a while, I decided to collect my poems and to print them as a sign of accomplishment, contrasting my relationships (or lack thereof) with those girls.

It was fascinating to put this book together. I wrote these poems in Moca, Dominican Republic and in Queens, New York. This book encompasses many experiences of my life. Like the time I recited a poem to one of my girlfriends whom I had met in college. She lived in Bensonhurst, Brooklyn and when I would go to see her I would ride the train from Corona, Queens for approximately an hour and a half. One afternoon, we were going to see the Christmas show at Radio City Music Hall and were waiting on the platform for the N train. I pulled a piece of paper out of my back pocket where I had "Dream Girl" and started reciting it. From the moment I started reading the poem until we got to the Hall I trembled incessantly. My girlfriend probably did not realize the real reason I trembled so much. She must have thought it was due to the cold weather. Actually, I was so nervous and excited that I ended up having that involuntary reaction.

Jobani was born Francisco Rodríguez in 1975 in the Dominican Republic. He was raised in Moca and migrated to the United States of America at the age of eight. He completed his undergraduate studies at St. Francis College in Brooklyn, New York.

Although he never studied poetry, Jobani has been writing it since 1998. This style of writing must run in his family since there are a few relatives adept at it, namely, his paternal grandparents, Maria Vega and Roselio Rodriguez, his deceased great-uncle Librado Sanchez, and his second cousins Rosalba Vega and Demetrio Marte, the latter is winner of several prizes in the style known as "Decimas".

Jobani resides in Woodside, New York and is proudly raising his son Brian. The author may be contacted at Jobani@hotmail.com.